C is for Country Store, and the Boyce version has long been a favorite spot o' mine. That's why it was one of the first places featured on these pages. In the Boyce Store and Drake Country Store posts, I tried to explain why I so adore these little mom-and-pop establishments that are off the beaten path. Both pages have a ton of pictures, and I've kept them updated with new photos over the last couple years. It's been an interesting time as each store has changed ownership during that span.

The Boyce pictures are especially cool because new owners Brad & Brie have made some big changes -- some that are easily visible in the images, and others that are more subtly appreciated by the regular customers (and new customers).

Speaking of pictures, everybody digs modern-day scenes that look as though you've stepped back in time. A proper country store often provides a good backdrop for such images, like these two from Boyce...

So, imagine my intrigue when I found this old image from the early 1930s that captured a gathering of Model A Fords at Boyce...


Did everybody just happen to drive A-Models back then? I don't know. The store itself looked very much the same as it does now, except that front porch looks bigger than one pictured above. I was unable to find any other images showing the parking lot from that same period, but I did learn how to colorize old black & white photos. It would be really neat to step into that same scene today, and it might look something like this...


OK, fine... I made all that stuff up. Today the Central Kentucky Model A Restorers' Club made a trip to Boyce for lunch and it was a supercool scene, indeed. A stroll through the parking area admiring these beauties definitely felt like a time machine trip.

How did I stumble across this? In addition to the bigger front porch and the side patio, some of B&B's best improvements to the store have been the addition of WiFi and an effort to use social media to advertise daily specials, special events, etc. They certainly get my attention, and I frequently head their way after a friendly reminder that it's BBQ Day or that a fresh pot of homemade chili is being served for lunch. I happened to see the picture below about 14 seconds after they posted it on Facebook, so Bubba and I dropped everything and hit the road.


We hoped to get there in time to see three or four cool cars, but we did not expect to park in the middle of a a rolling museum! You have to love a car club that actually drives their cars... even on cold rainy October days... and especially if the automobiles are over 80 years old. These are not local cars -- license plates were from Kentucky and Tennessee, but a quick look at their website suggests some of these machines were many miles from home.

The store was crazy busy with Brad & Co scrambling to feed the large crowd, and the visitors were all eating or waiting on their meals. Not wanting to bother anybody, we just walked around the property for a few minutes while I pretended to know what I was talking about. 13-year-old Big Bro (who doesn't care anything about cars or motorcycles) was noticeably impressed by the antique machinery, even though he knew I didn't know what I was talking about.

So, here's a few pictures that speak for themselves... 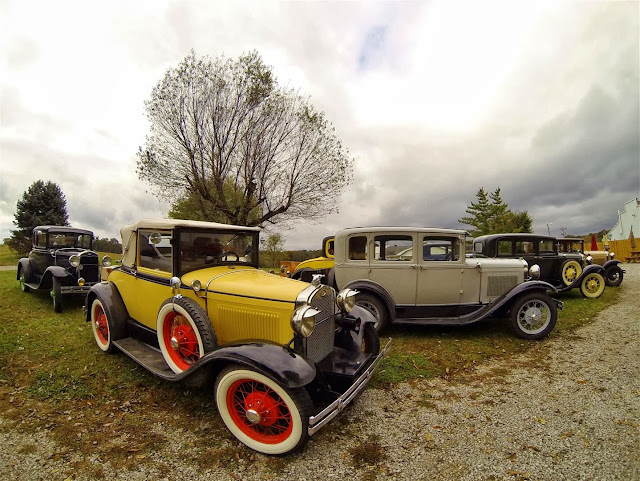 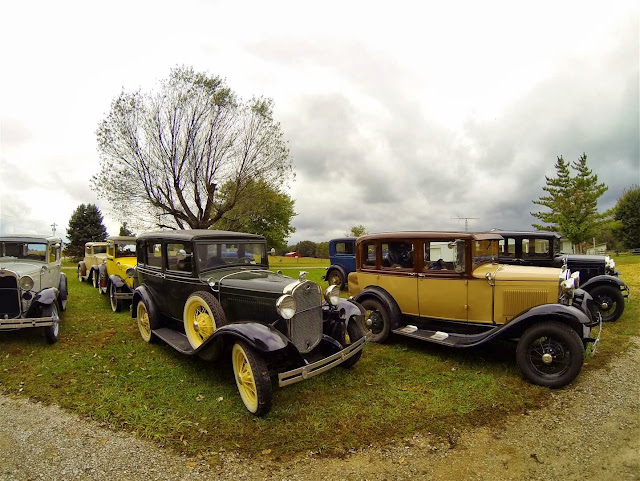 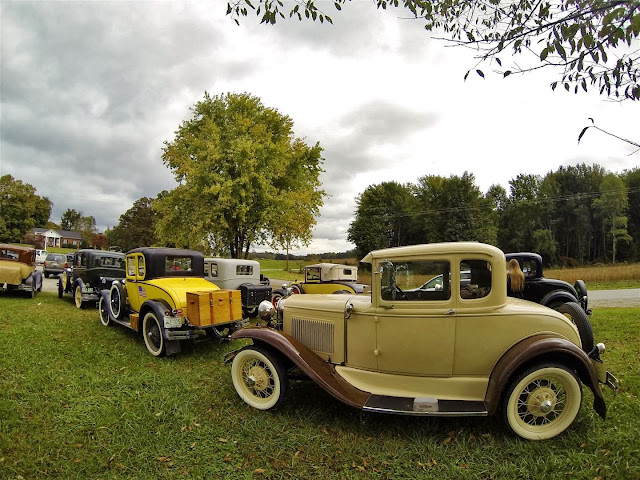 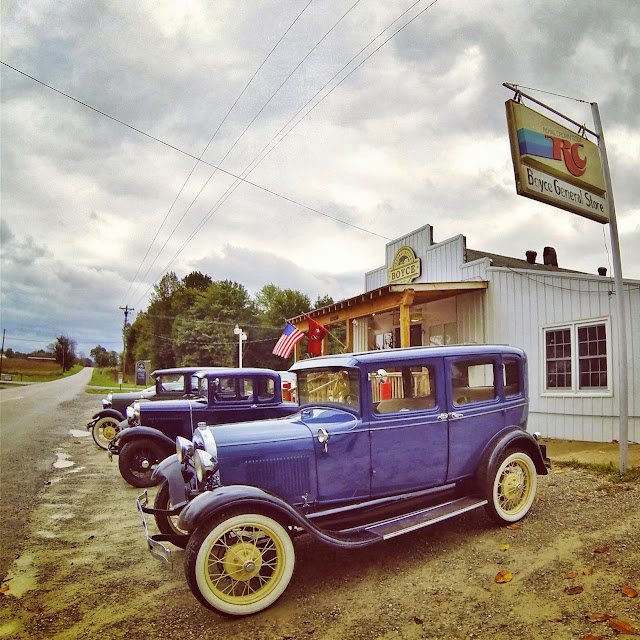 I heard these folks went to Paradise Point for breakfast before coming to Boyce for lunch. When it comes to Countryside Food Rides, I think CKMARC has it all figured out! I like how they roll...


TANGENT:  Any day that starts with the breakfast scene below (at Doug's Motor City Bar & Grill) and later includes the scenery above has to be a good day. OK, USA!