I love Bowling Green. There's a lot of cool stuff here and the coolest thing of all is the Corvette. Every single one of them is built here, and that was a pretty neat thing to know while growing up in BG. I got to tour the GM Assembly Plant once as a kid and I got used to seeing Vettes on the street as I drooled over stories in Car & Driver or Road & Track about the new ZR-1 and its crazy ~400 horsepower. It was the baddest car ever, even in the days of the Testarossa.

Every now and then I'd see one on the street and freak out, but mostly I just spent minute after minute staring out the window of the gym where Mom worked looking at a candy red C4 that would always park right up front. It was beautiful. It was the thing dreams are made of.

I still don't have one, but I still dream of owning one. And if you dream about Corvettes, the National Corvette Museum might be one of your favorite places. That's why it's no stranger to these pages.

The Corvette Cafe was one of the first Countryside Food Rides.

When a buddy who happened to be working overseas let me take his C6 Z06 out for a spin, I took it to the museum for a picture. And a sandwich.

When my wife first left me alone with our two-week-old son, I made sure to introduce him to the finest sports car on the planet.

When the C7 Stingray was introduced during the NCM Bash we tried to go check it out one day after Big Red School. And we almost saw it. But something better happened instead. Full on meltdown! The fun thing about being two-years-old is that you can act the way you feel. Sure, plenty of adults feel this way when they visit the museum, but we can't act like this...

Obviously he was too fired-up to enter the museum on this day, so I came back the next day to see the C7.

Try as I might, I can't get Big Bro into two or four-wheel motorsports. I lost him to stick-and-ball sports and I'm not saying that's a bad thing because we love football and basketball, but it's fun to see that Little Man likes Corvettes more than anything else on the planet. And growing up in BG he'll have plenty of opportunities to become a real afficionado, especially now that the NCM racetrack is being built next door!

How many towns this size have a famous drag strip and a world class road course facility? I can't think of any, and visitors to the new track will be pleased to find easy access to hotel rooms and good restaurants. The track should be ready in six months and they already have over 100 events booked. I don't think people in BG have any idea how great this is going to be for our city. This is going to be huge! And this means I have to buy a track car. I hope it's a Vette...

Being Kentucky Proud, the museum offers KY residents $1 admission during the month of December. Being procrastinators, we visited on the last day of the month. Guys Day Out! 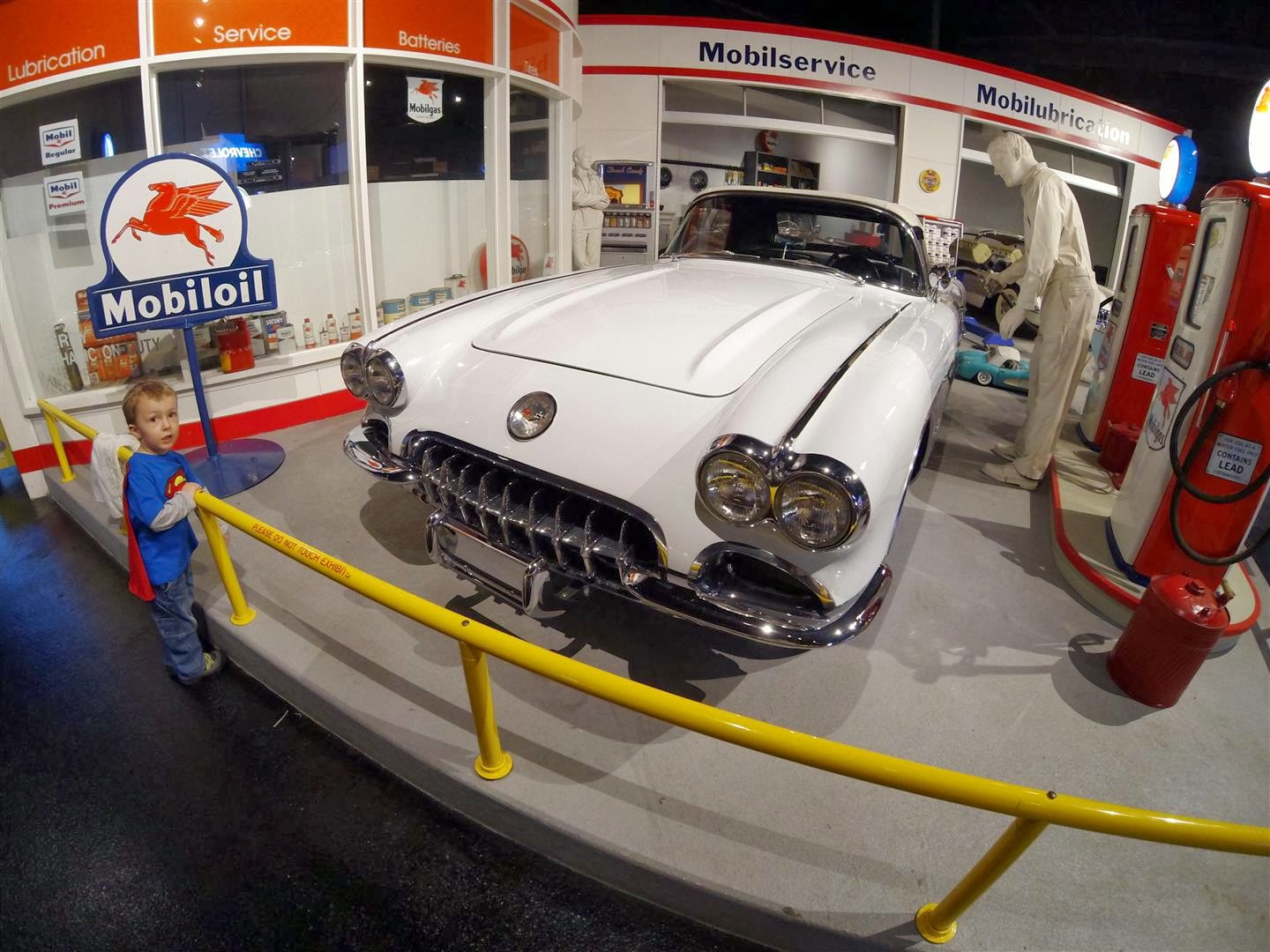 As you exit the Corvette portion of the museum there is a space for temporary exhibits. A couple years ago I visited to see the 9/11 exhibit and left in tears. This month there was a cool motorcycle exhibit that featured some neat bikes, and most of them belong to local collectors.

Corvettes and motorcycles? Two best things in the world! 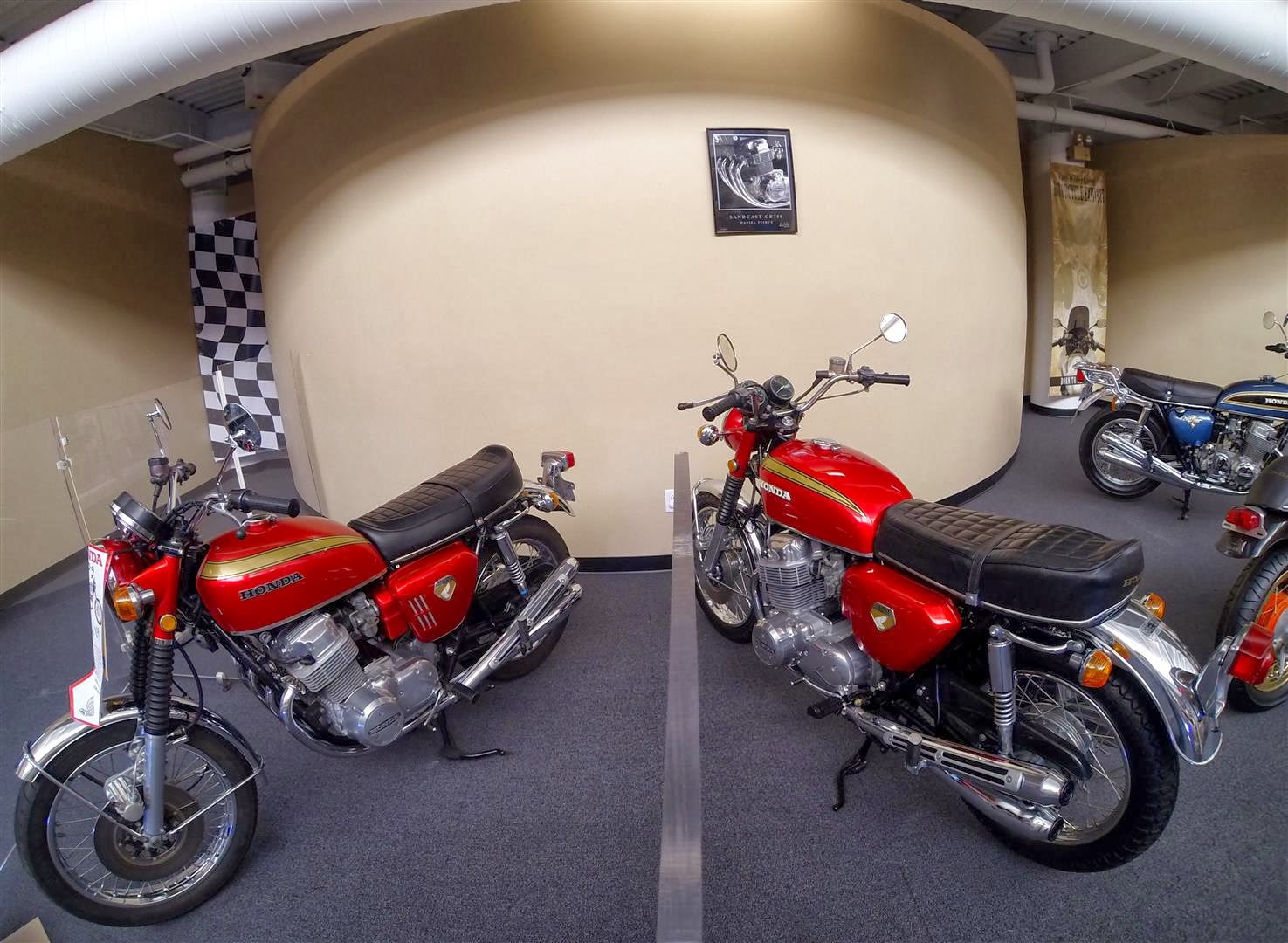 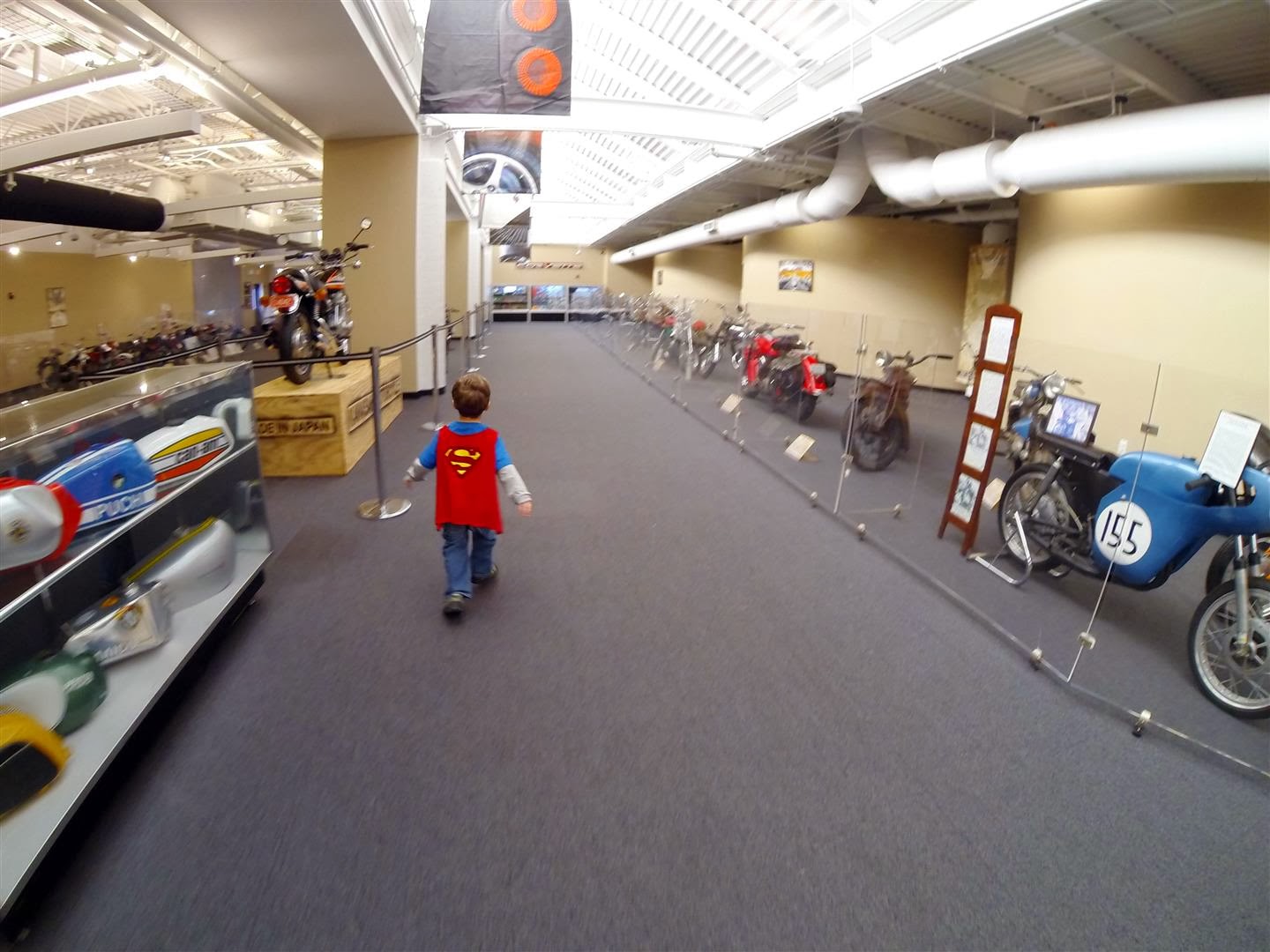 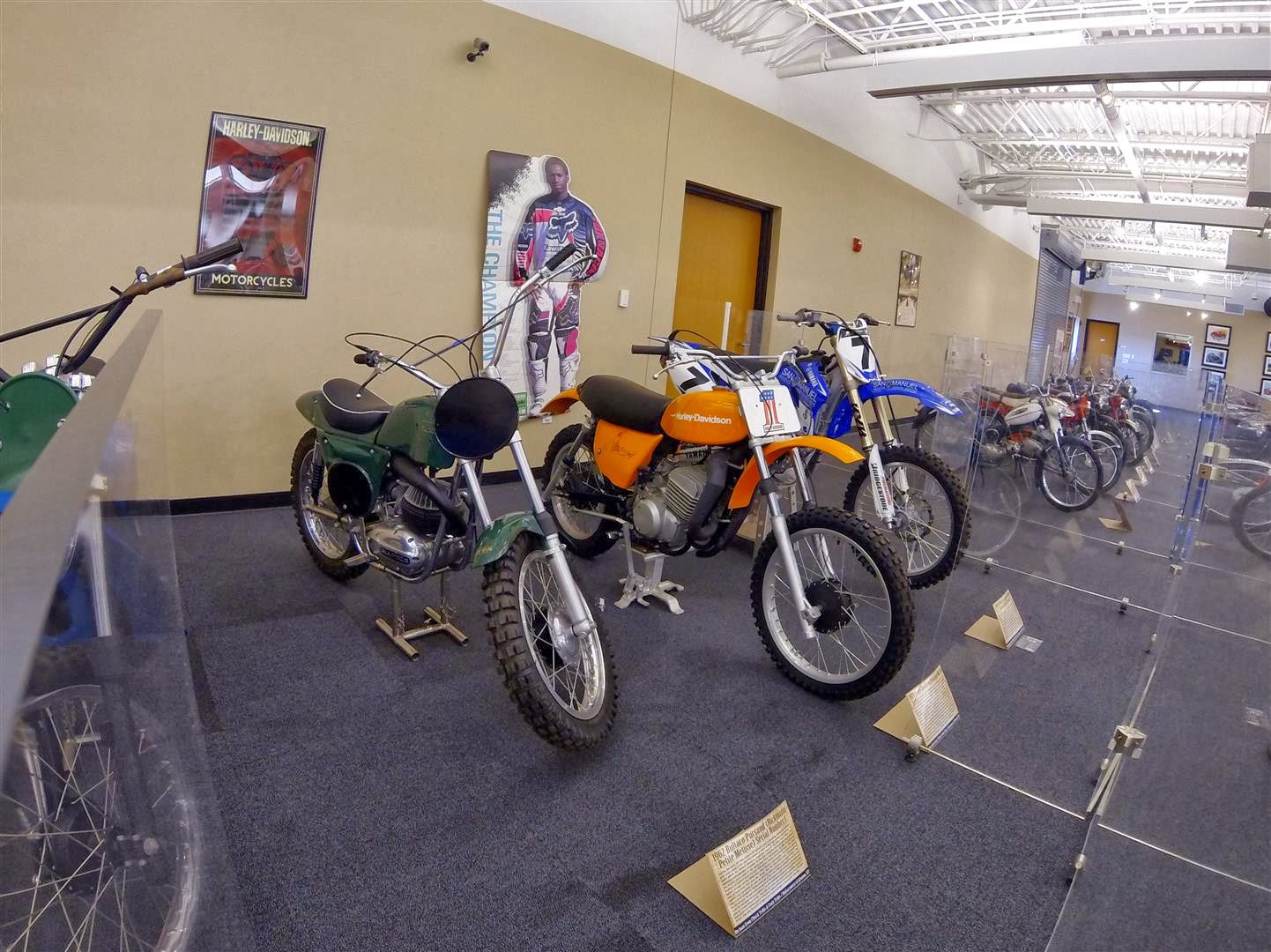 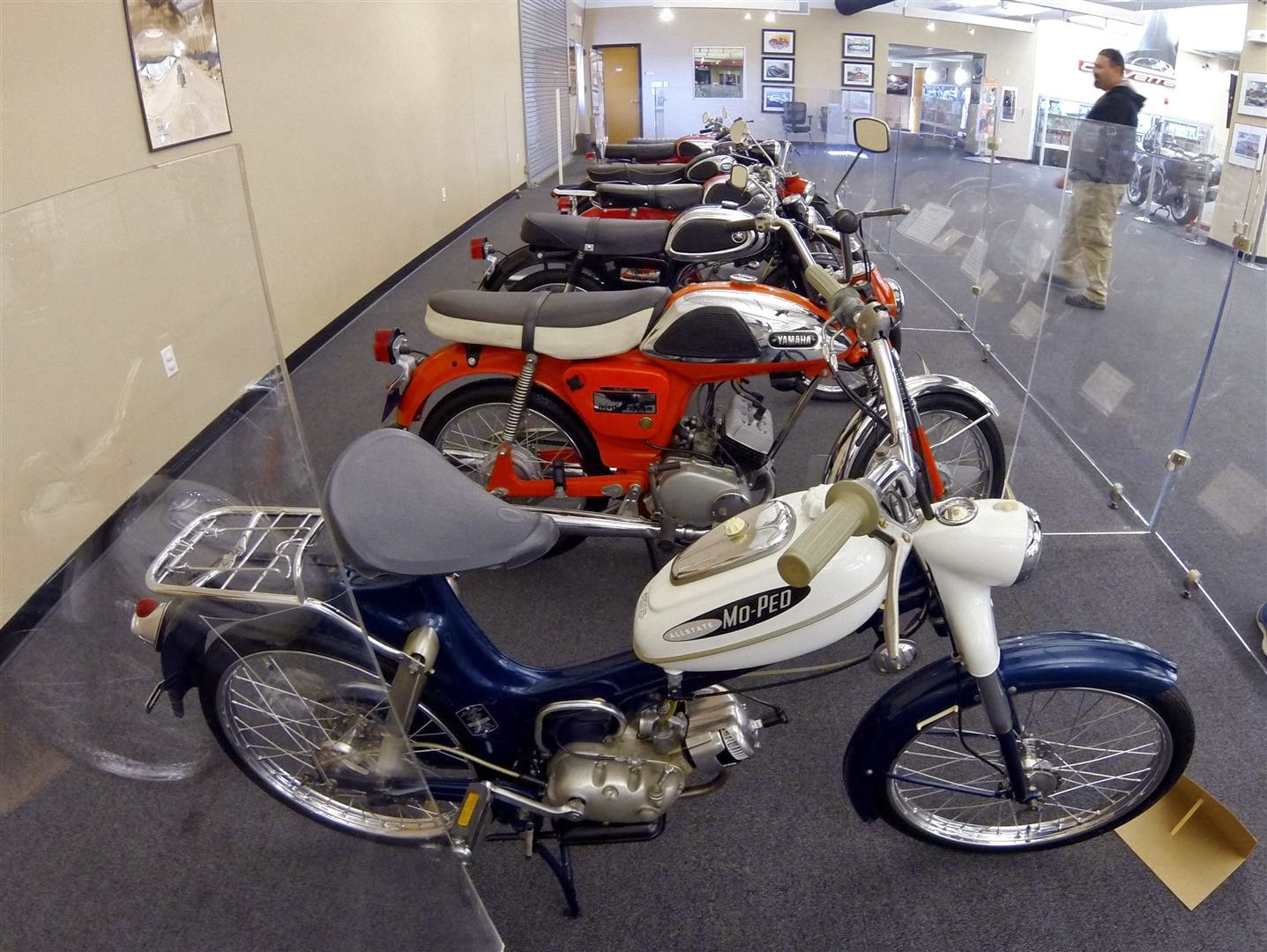 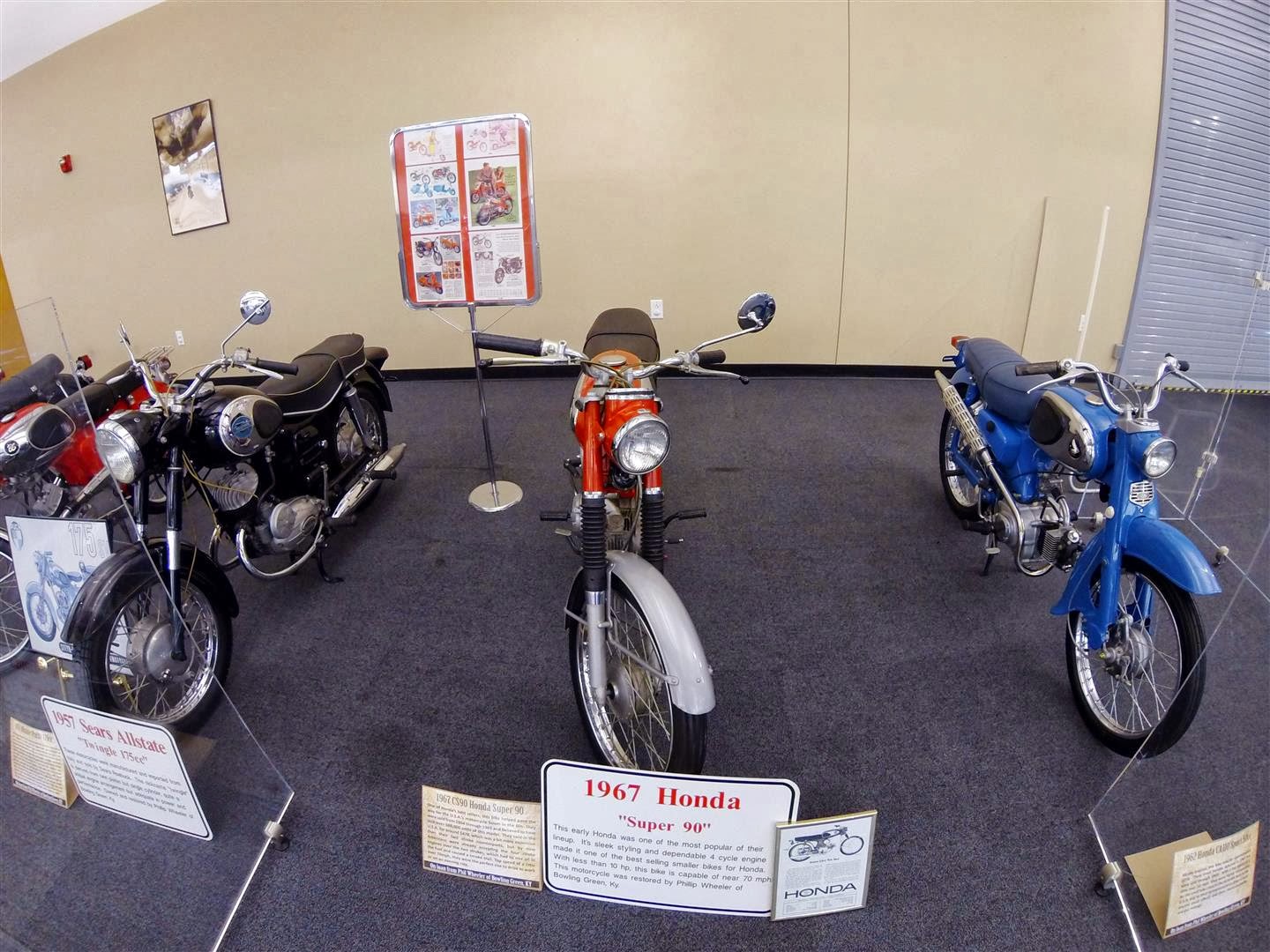 That was definitely worth the $2 cost of admission!

Perhaps the neatest thing about the museum is the R8C Museum Delivery option for new Corvette buyers. I can only imagine that coming to the museum to pick up my new Vette will be the best day of my life, and in the meantime it's cool to see the cars that are lined up in the lobby waiting for their new owners. It's especially cool now that they're all C7 Stingrays. They call it Corvette Blvd, but I call it C7 Heaven. And this is why the Corvette Cafe is the best lunch stop on I-65 -- McDonald's and Wendy's don't have lobbies like this.


So, that was fun for the boys and I. We had lunch with a couple friends and talked about how awesome the motorsports park is gonna be. And talked about it some more. And then it was nap time for one of us...

I visited again a few days later to see the latest C7 Heaven lineup and chat with friend Adam Boca. He heads up the NCM Insurance Agency which covers collector cars of all types. When I do get that Vette, I know where to go for insurance. If you stop by the museum, take a minute to say hi to Adam. He happens to know everything there is to know about the museum and about Corvettes. They even let him drive some of these things... on race tracks! 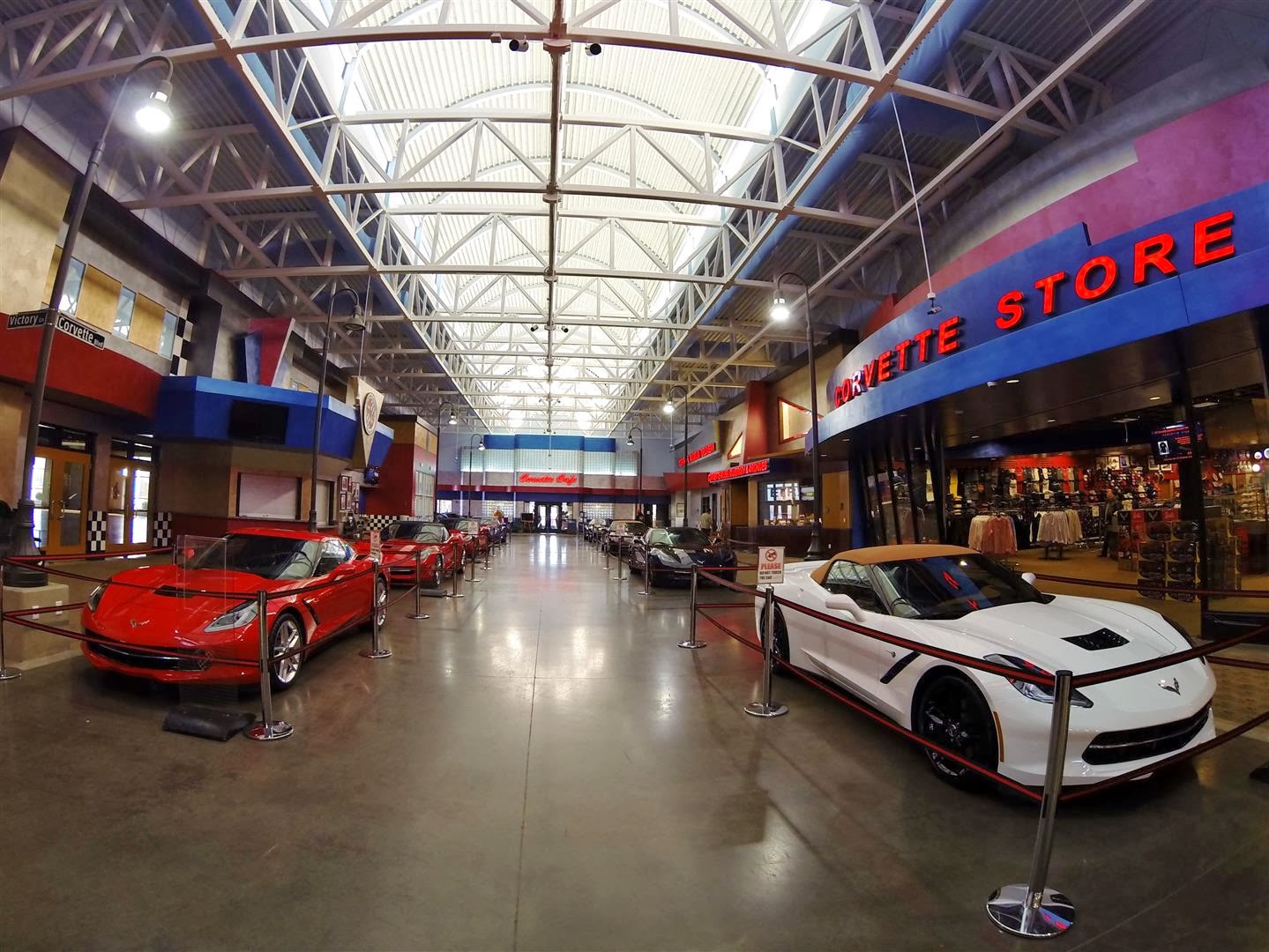 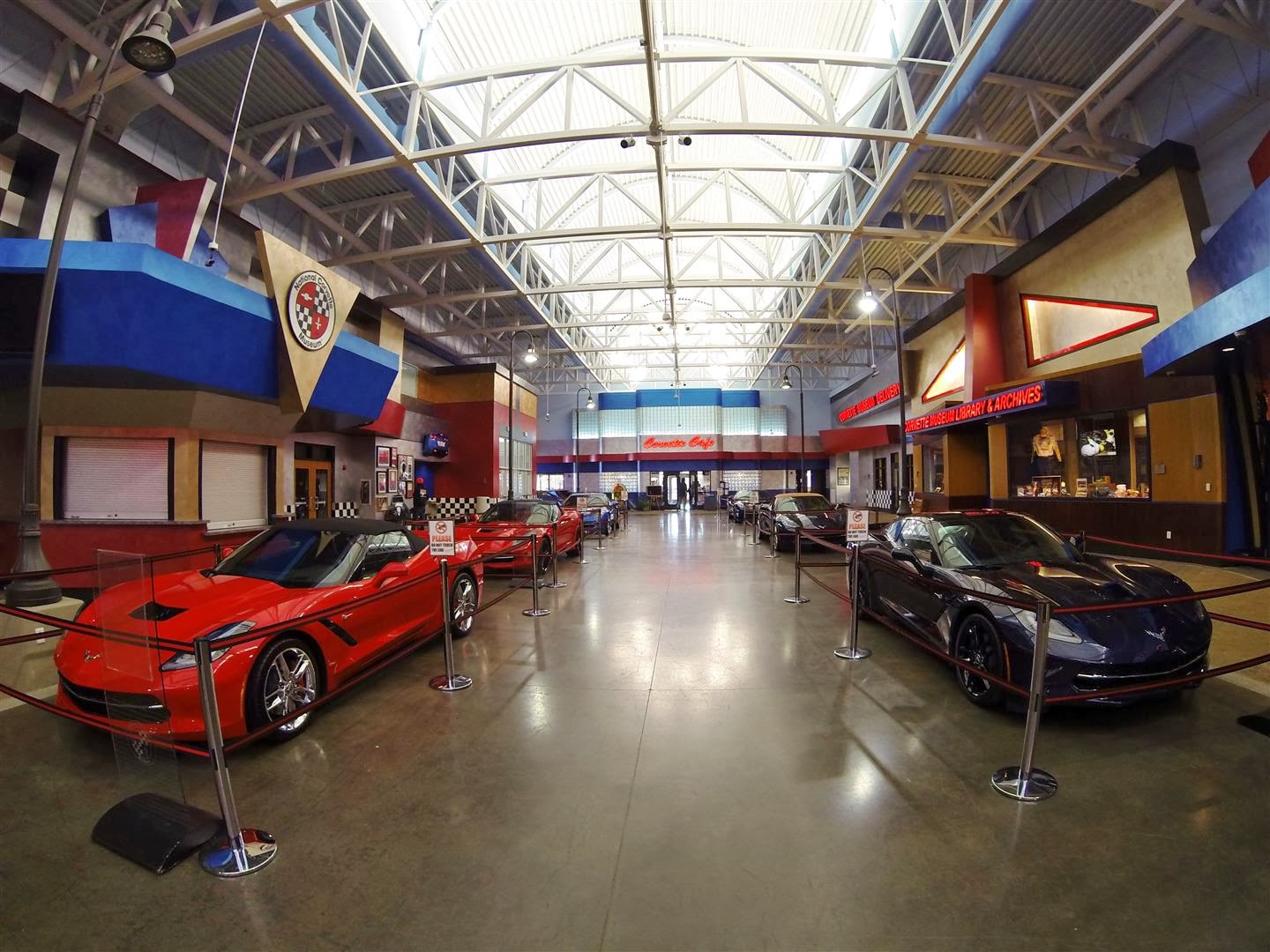 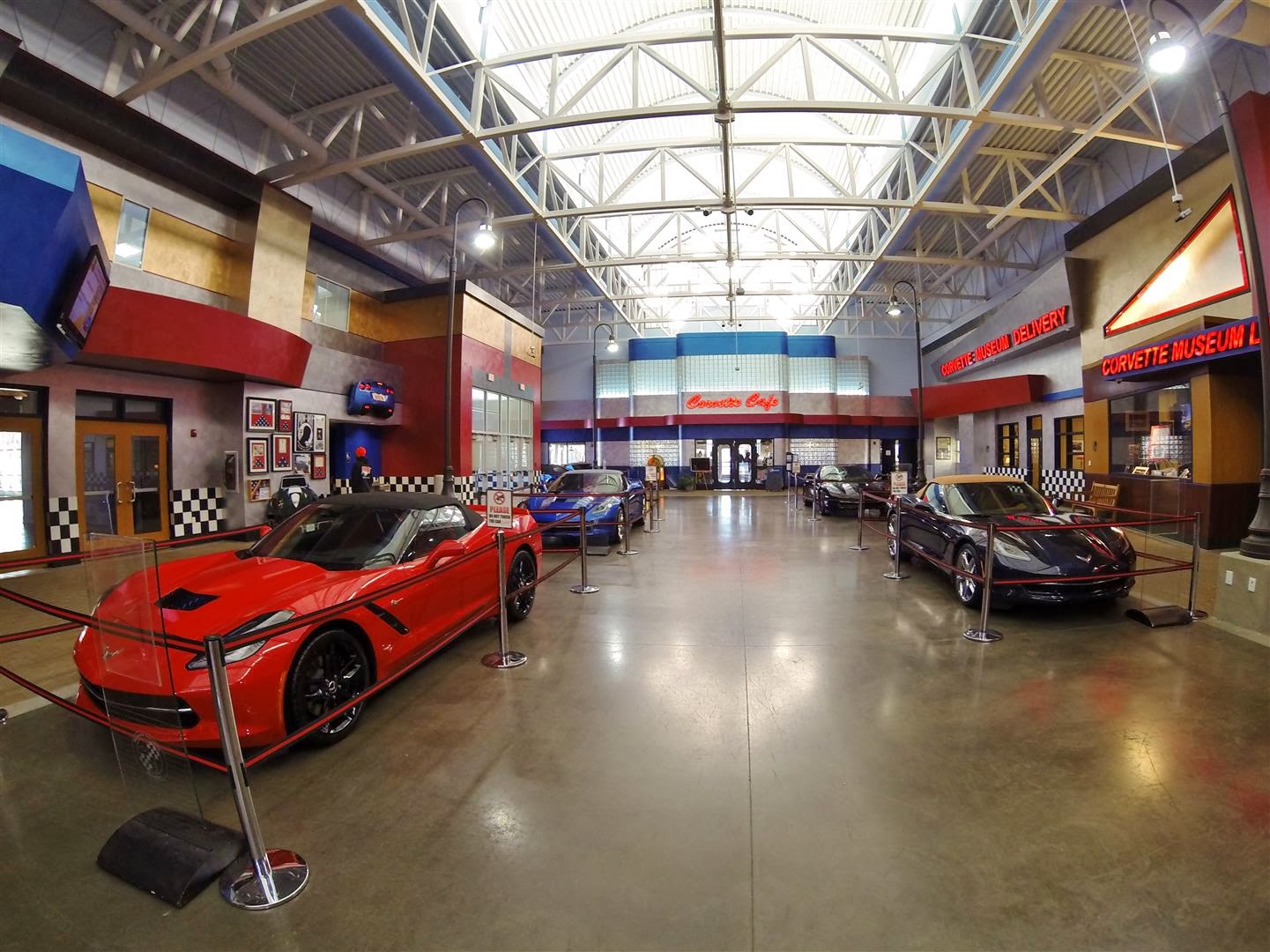 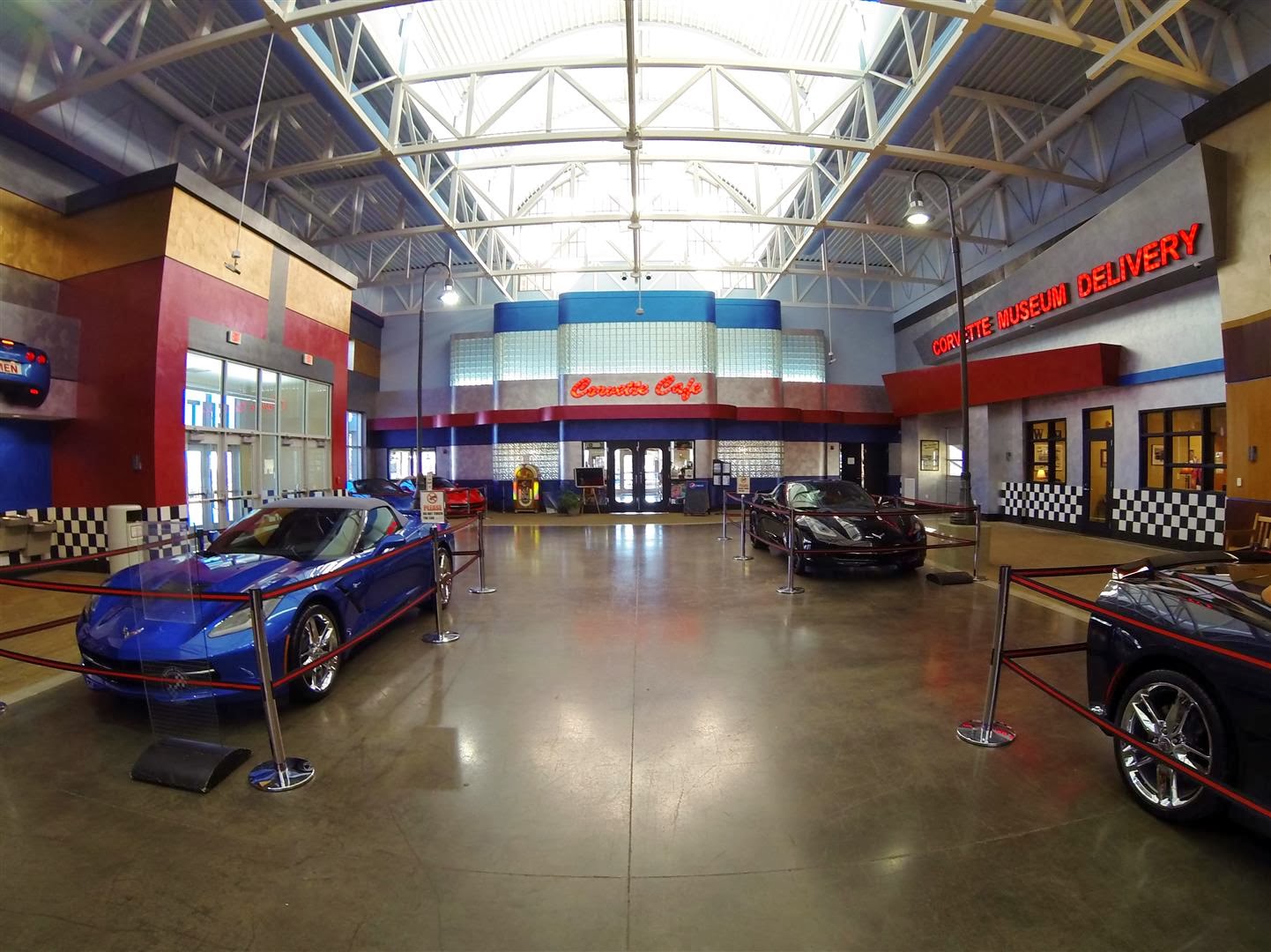 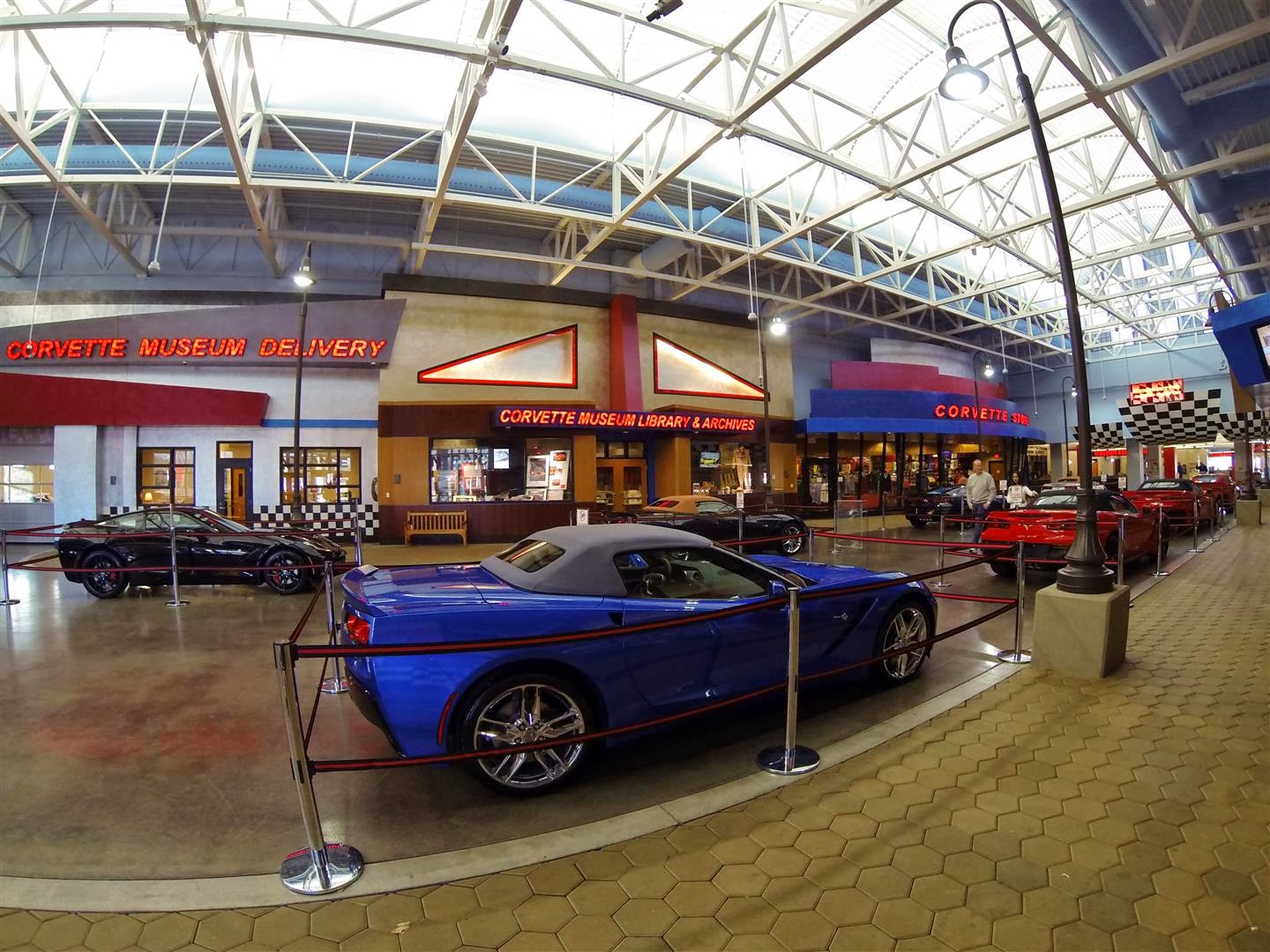 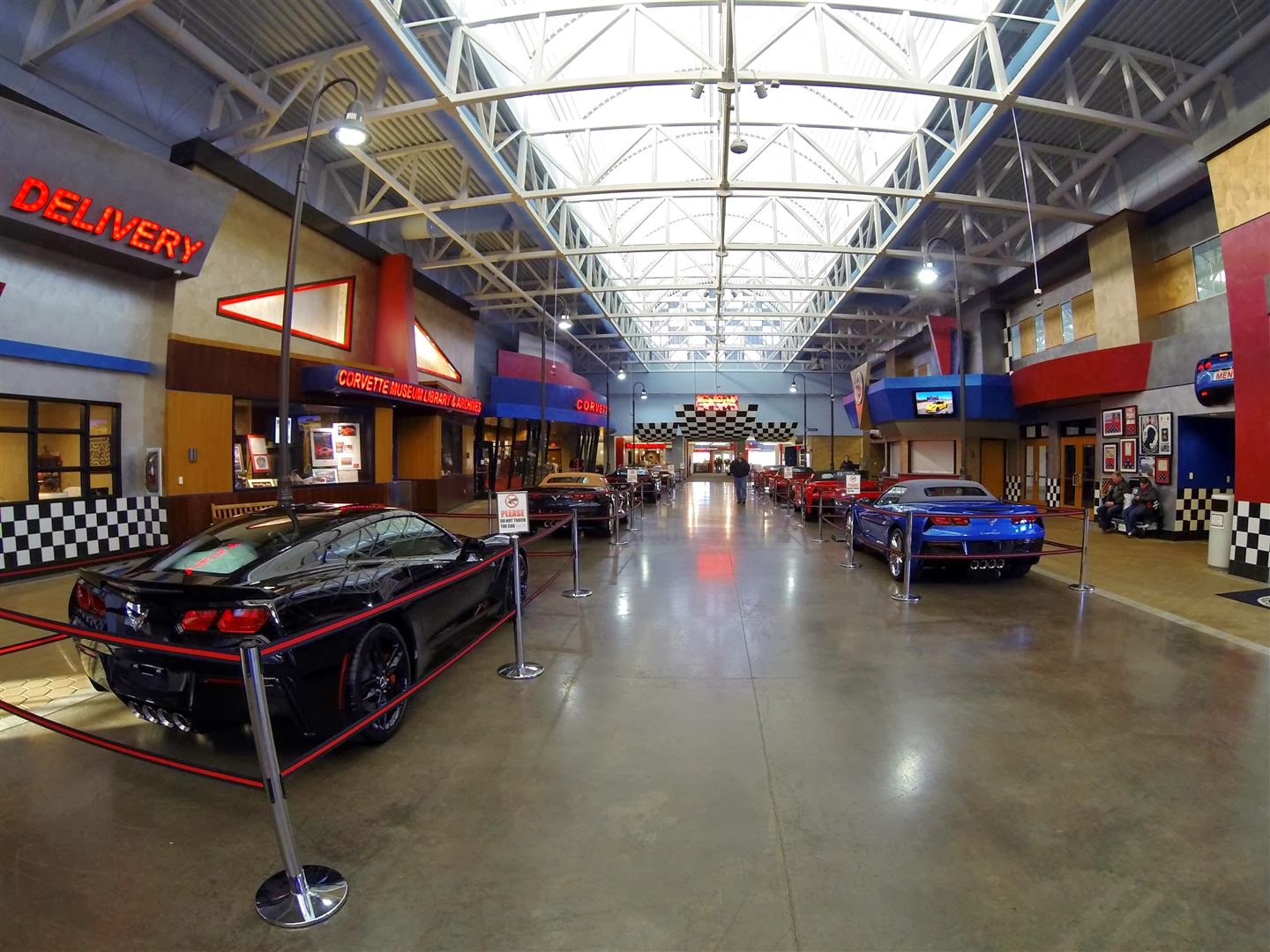 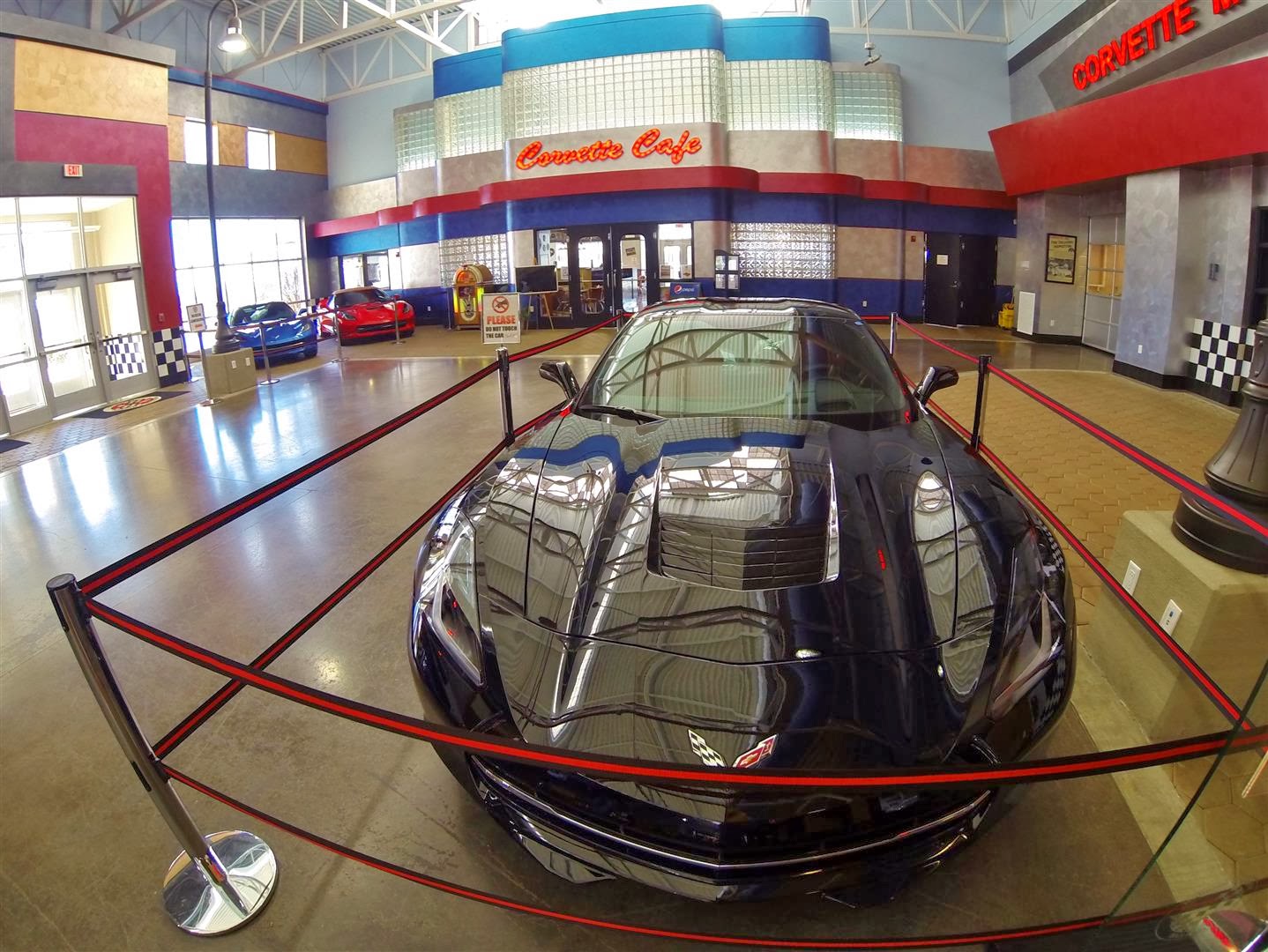 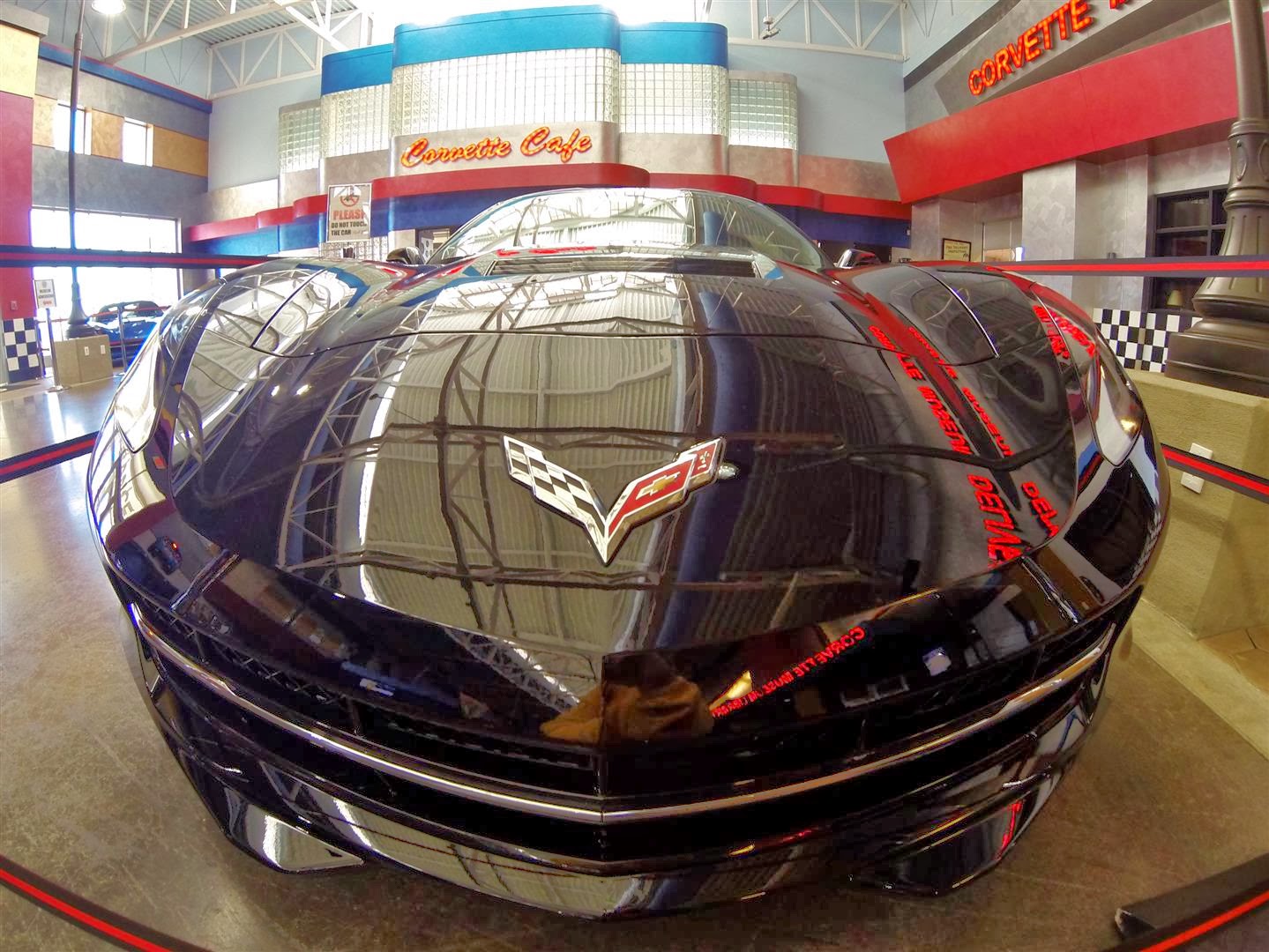 As I've been going through these pictures today I was also watching the Z06 and C7.R reveal. Wow! Sounds like it'll be a few months, but I look forward to seeing the Z06 in the museum lobby soon. We don't have to wait so long to watch the C7.R compete in the Rolex 24 in a couple weeks... maybe we'll see the 2014 Daytona and Le Mans winner in the museum someday?

I'm sure anybody reading this knows about the sinkhole that swallowed eight Corvettes on February 12th. It was a sad event, but thankfully it occurred overnight and there were no injuries. The response by the museum management has been incredible. The day after the sinkhole collapse, GM had already announced that they would rebuild all the cars, and the museum staff already had a team in place with a plan to re-open the Skydome in time for the 20th anniversary. Well done, Mr. Strode and team!

Here's a great image gallery showing the aftermath and the cars that were gobbled up.

UPDATE (2/14/14):  I had the opportunity to visit the museum and see the sinkhole today. Craziest thing I've ever seen. Hopefully I can post more pictures over the weekend, but check this out. This picture is taken from the exact opposite side of the room as the above picture -- pretty much right underneath the Gasoline Alley sign.


UPDATE II (4/25/14):  Of course the sinkhole has been a huge story and we've spent a lot of time at the museum since February 12th. With a new family membership in hand, we've been visiting the museum every day a car is pulled out of the hole and plenty of days in between. Lots of Corvette Cafe food, and lots of pictures. I'll probably post them sometime around the 20th Anniversary later this year. In the meantime, it's been cool to see some of them on the wall that was built to restrict Skydome access.