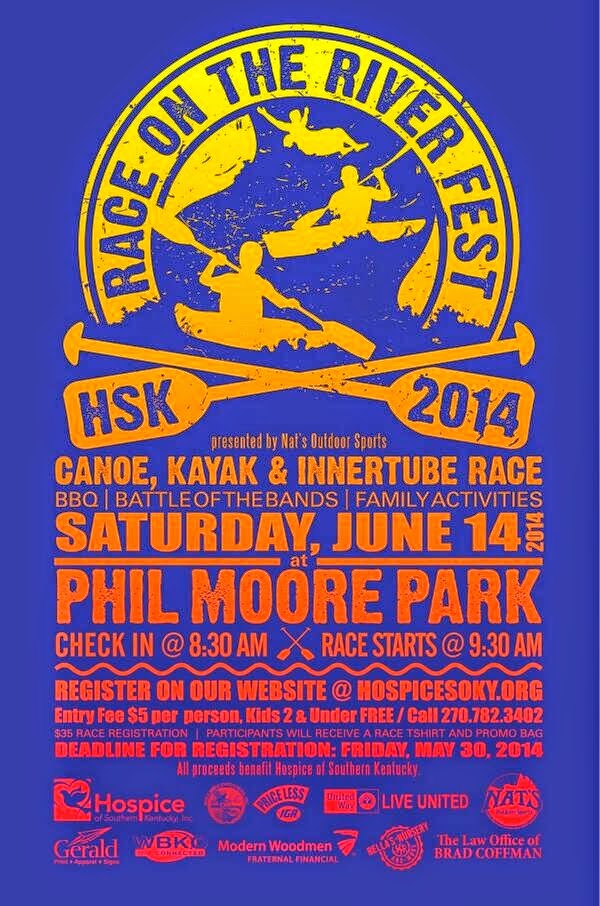 The last post around here was about the Drakes Creek route that would make up today's Race on the River, so see that page for plenty of information, pictures, video, and maps of the creek itself. This one is about the first Hospice of Southern Kentucky Race on the River Fest, which went off without a hitch and ended up being a really fun day.

There's actually two aspects to this event. First is the race itself, where competitors will paddle from Romanza Johnson park to Phil Moore park in heats of about 12 boats each, with the fastest time taking first place. There was also a smaller race from one side of Phil Moore park to the other. Second is the festival setup at the Phil Moore finish line. For just $5 per person, anybody can come out and enjoy live music, check out the vendors, get some good food, play in the bouncy houses, etc.

This being the first year, it was a pretty low key deal and I think plenty was learned to make it a bigger event next year. Everybody I talked to at the end of the day was really looking forward to doing it again, and why not? It's a great idea to benefit a great cause and the folks who participated this year had a good time.

Below are some pictures of the event and another video of the creek route, but check this article to see how the pros covered it.


This is where I went off script. Planning to go caboose with a couple other volunteers to help clean up tape about ten minutes after the second heat left, I went back to the Jeep to grab my cooler and paddle. I ended up meeting the lovely Rebecca Simpson who is running for Family Court Judge in Warren County and chatting with her for awhile. Nice chat, indeed, and she has my vote. But by the time I got back to the creek I was all by myself...


In the grand scheme of things, it's good that I was all by myself because the first thing I did was fall right out of my boat. I've had this kayak for three years and I've never dumped it. As far as I know, nobody else went for an unplanned swim all day. So leave it to me...


After that, it was a nice float. Not exactly relaxing, as I paddled as hard as I could for 25 minutes to catch up to somebody anybody, but once I did we had fun. Funny thing about paddling hard -- it seems to make no difference. My time on this day was 2:04 compared to the leisurely 2:09 a week ago. For reference, the race winner did a 1:04. I reckon I need a faster boat.

To be clear, nobody pictured below was in the race. They were long gone. Here's a quick video, a bit smoother than the last one, but lacking music... 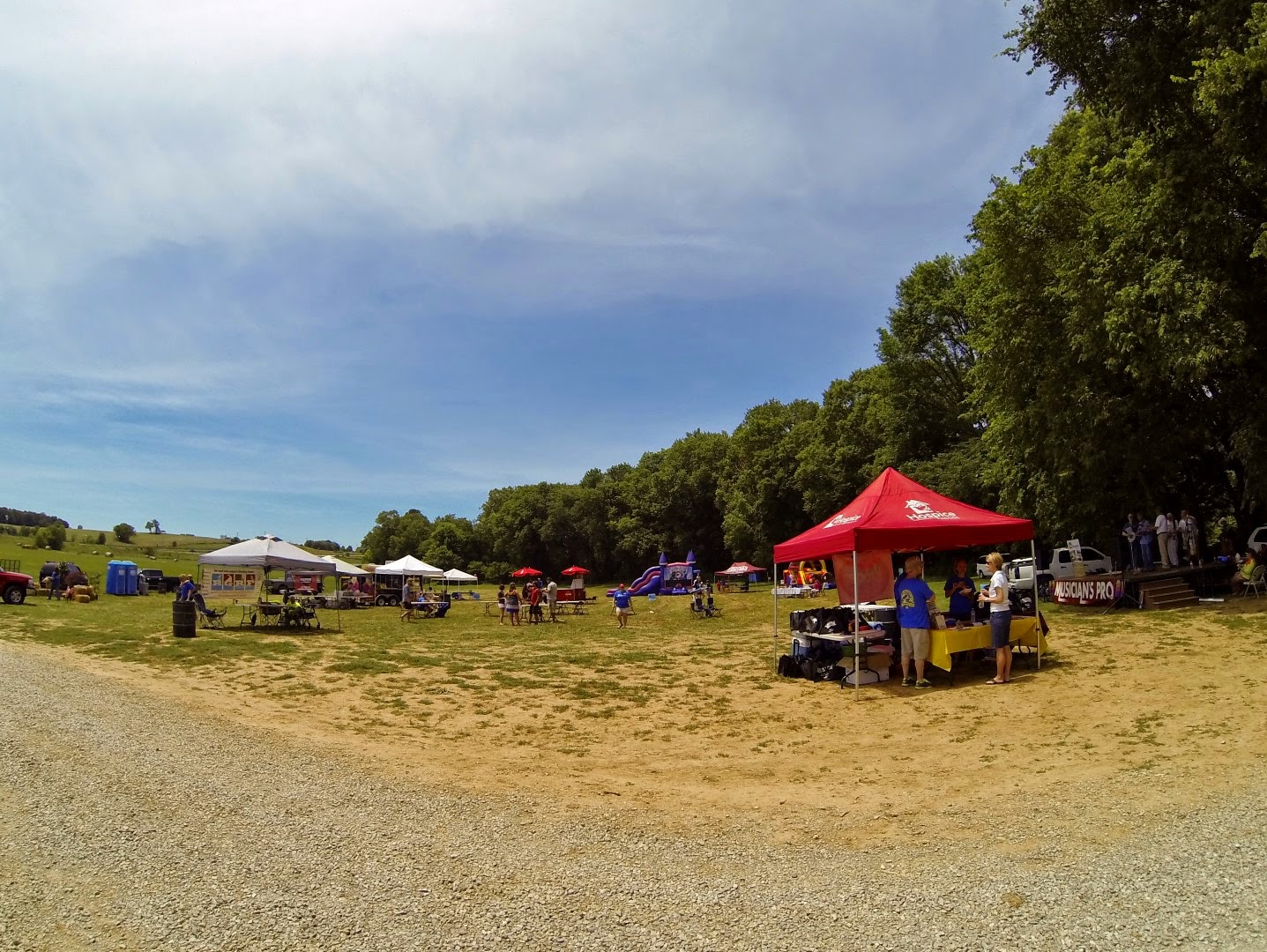 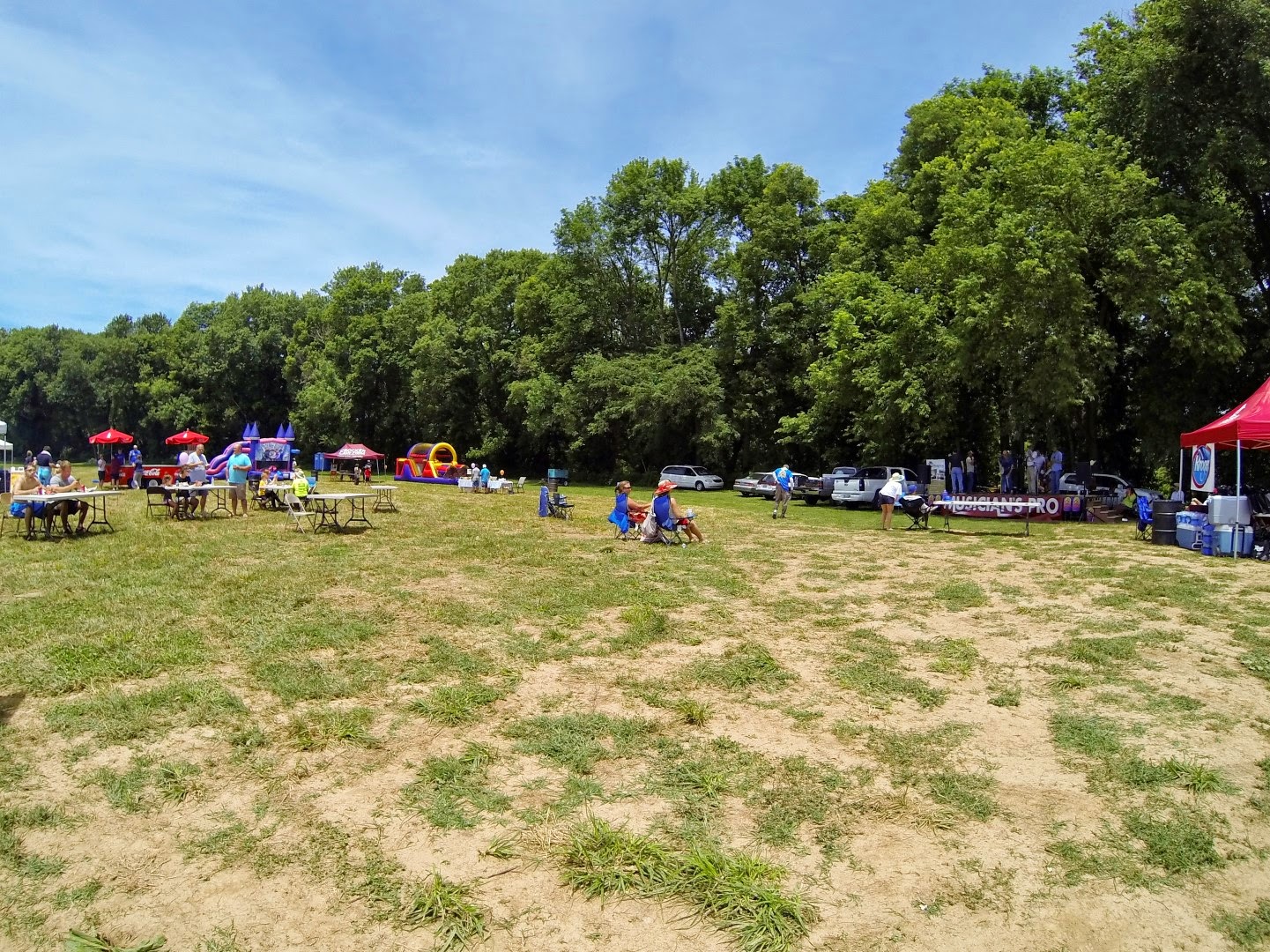 So, completely unrelated to the event, the rest of the day was awesome in Alvaton. First up, the first Pickin' on the Patio event at Boyce. Huge crowd. All I know is they served up ten Boston Butts and 45 racks of ribs! 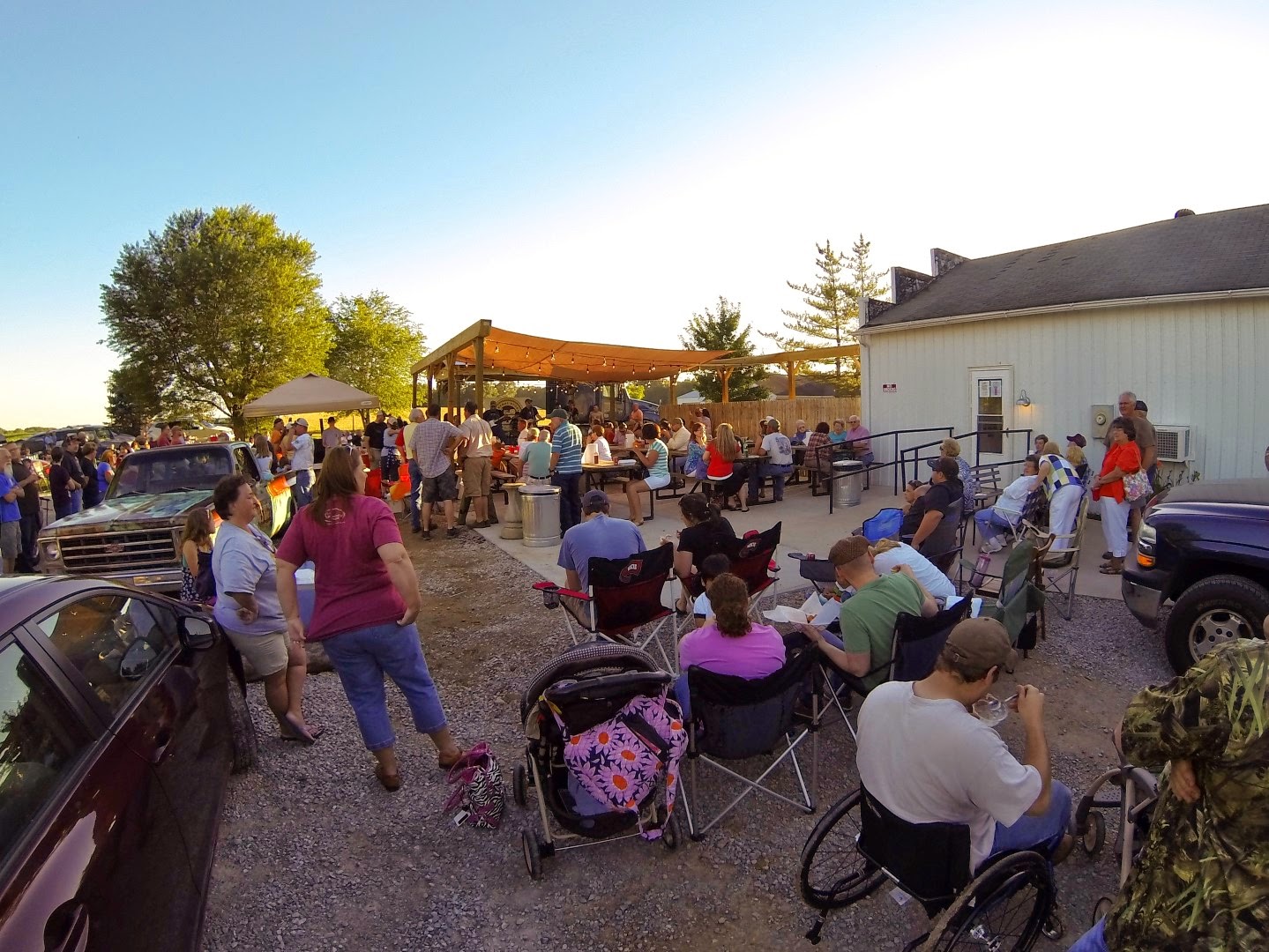 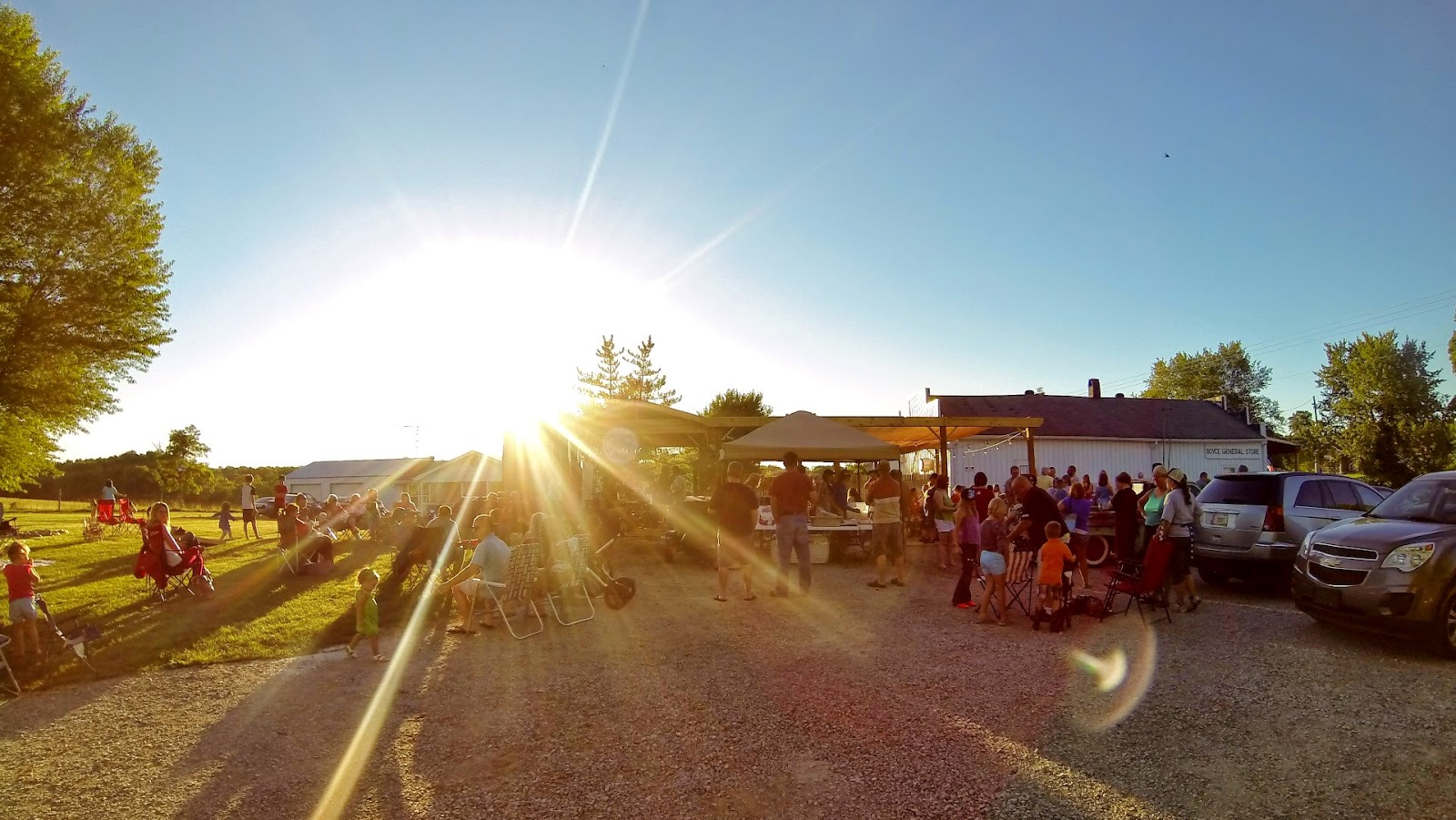 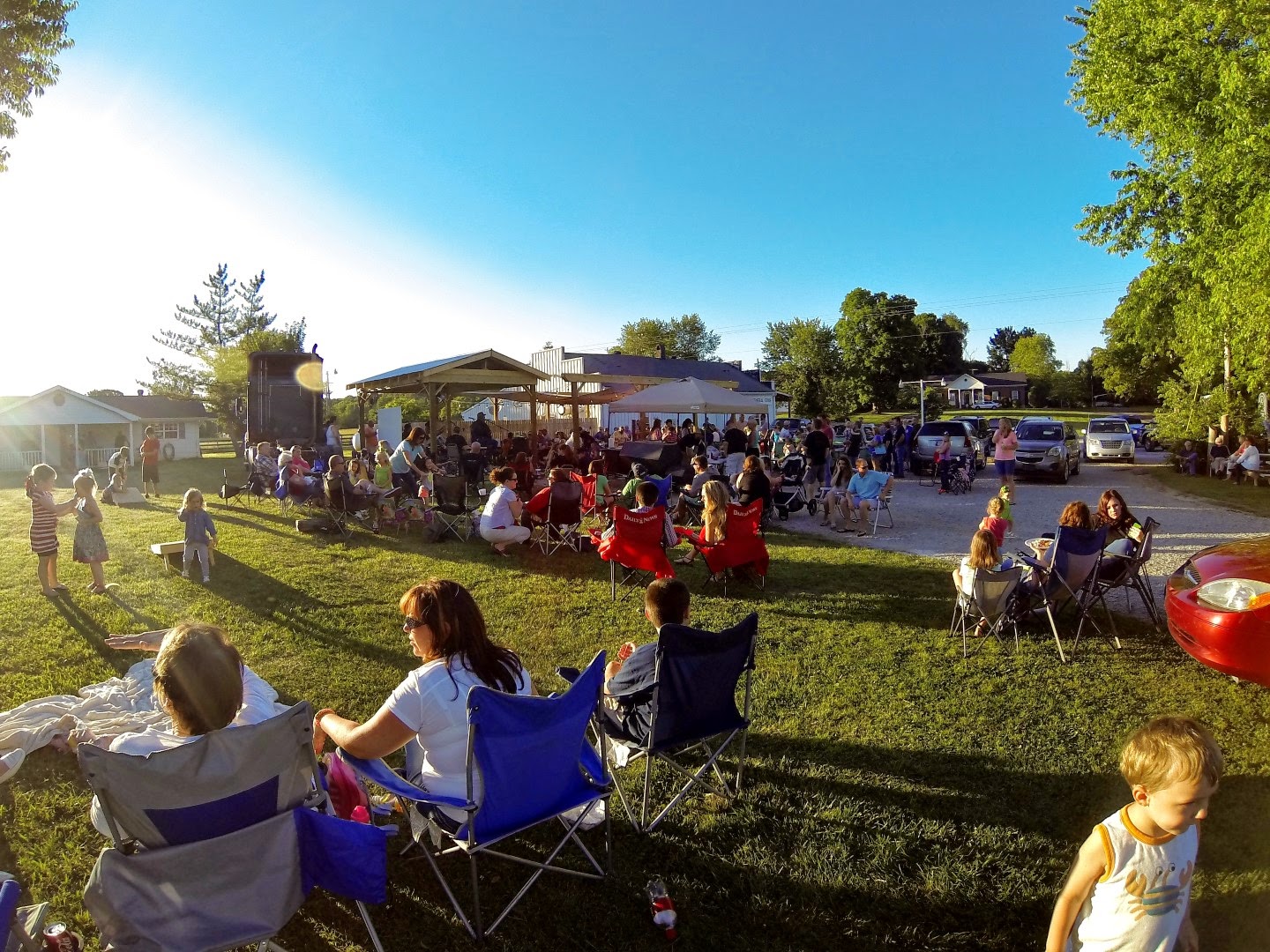 Next up, our neighbor with the coolest Man Cave ever had some serious talent in town from Nashville. 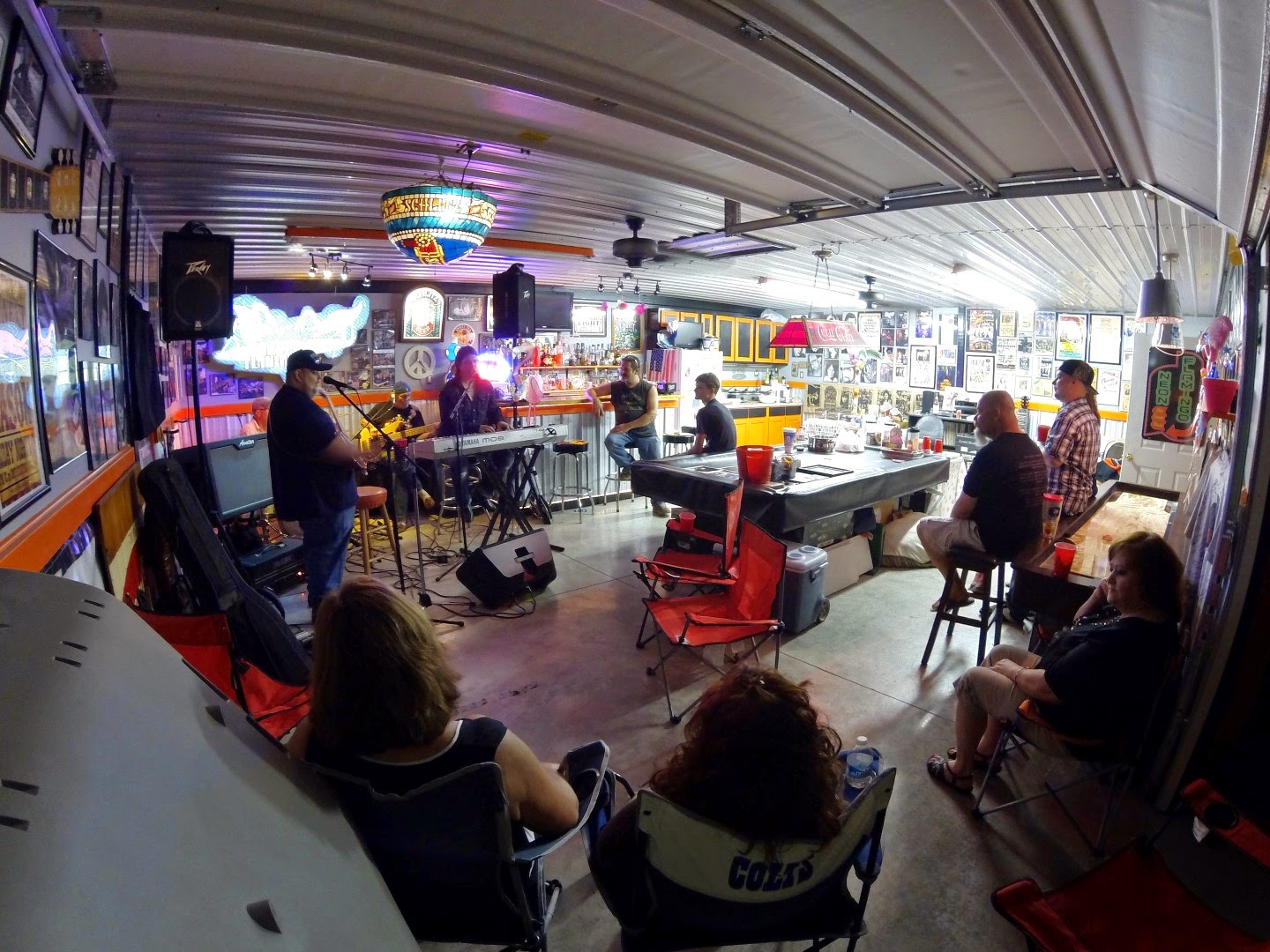