Like the last post, this story isn't about the ride. Which is good since I didn't ride anywhere. It was supposed to be about the Heirloom TomatoFest, but it's not just about a particular event or destination. In a sense, it is about a journey...

Sad to say, the concept of eating local is pretty new to me. My groceries have always come from places with names like Kroger, Ralphs, Houchens, or Sam's Club. I guess I've been to Trader Joes a few times when I was feeling fancy. I visited some farmers markets occasionally over the years, but not enough to get familiar with any of the vendors and really understand the concept.

Better late than never! I've learned a lot in the last few months, from a couple places in particular:  Home Cafe & Marketplace and the Community Farmers Market.

I've been a big fan of Home Cafe since they first opened -- originally because they had a sweet pizza oven, the food was always freshly prepared, and the meals were incredible. I kept returning for the same reasons, and also because the menu changes frequently and they post killer pictures of creative daily specials that sometimes prompt me to visit when I'm not even hungry. I was a customer because their end product was so good; I wasn't even thinking about the inputs. Slowly, I started to notice that they weren't just talking about using some fresh local ingredients -- they actually were using mostly local ingredients. I became familiar with the names of local farms because Home Cafe used their products on a regular basis. Eventually I realized that the daily specials were reflecting what was currently available locally.


In the back of my mind I started wondering why we didn't eat that way at home? But I didn't give it much thought until I saw Josh from Home Cafe promoting the Community Farmers Market on TV one day. He was talking about the Chefs Table they setup for local professionals to create meals on-site using only ingredients purchased at the market. I wanted to see that. So I went to the market.

This was early Spring and there was hardly any produce available, but that was fine because they had something better -- local meats! There were arts and crafts for sale. I went home with a wooden hand-crafted puzzle & a yo-yo for the boys, and enough protein to last two weeks -- pork ribs & chicken from Crooked Creek Farms, eggs, bacon, sausage, & pork chops from Stoney Creek Farms, lamb chops & beef brisket from River Cottage Farm. I got some fresh bread from Esters Farm Baked Goods. I chatted with the folks from Reids Winery, which I'd been wanting to visit for awhile. I met a couple calling themselves Hillbilly Grillers who were smoking meats right there and selling homemade BBQ sauces. I knew this was my kind of place!

I've only missed a couple Saturdays since that first one, and I've become friends with some of the folks we see there so regularly. One day I found myself buying peppers and corn from Diamond C Farms when I realized the farmer was my high school chemistry teacher. We've had Meltdown ice cream made from beets, and loved it! I've picked up several ideas from the Chefs Table, and we try to make our own Farmers Market Meals once or twice per week. Pizza nights have been better since we learned that San Marzano tomatoes from Borderland Farms work just as good as the ones from Italy, and we can switch things up and save time by occasionally using Esters' sourdough pizza dough. This market really is a community and there's a lot to learn from everybody here.

My biggest learning experience came a couple weeks ago when I bought a Mini CSA Box from Need More Acres. It was a collection of fresh food from their farm and a printout of their Real Food Made Simple recipes. Everything needed for the recipes except yogurt and orange juice was in the box -- salt, gluten-free flour, olive oil, honey, everything. It was great!


I was unfamiliar with the CSA concept before that morning [which happened to be our anniversary], and we were signed up for the 2013 Farm Store CSA program before we went out for dinner that night [you can probably guess the restaurant]. So starting next April most of my family's food will come from this farm, as they work in collaboration with other market vendors and with Home Cafe. I'm stoked. I've been going to the supermarket a lot less this year, and we'll go even less next year. We've made a commitment to eat better and support local farmers for at least one year -- seems like a win/win!

[NOTE:  If you're interested in the CSA plans, contact Need More Acres for more information. There are limited spots available.]

Of course I've been looking forward to visiting the farm for the past couple weeks, and the timing is perfect as Need More Acres was hosting their 2012 Heirloom TomatoFest today. Apparently last year's TomatoFest is remembered as the TornadoFest, so the weather had to be better this year... right? 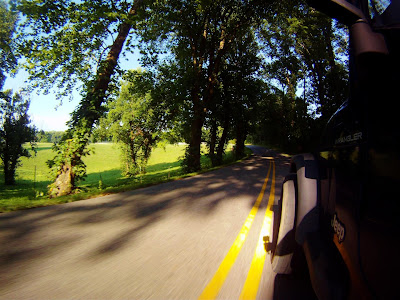 So, here we are at Nathan & Michelle's farm, and the first thing that struck me was how many people showed up. Wow! The second thought was how appropriate the farm's name is. It sits on just two acres! They sure make the most of it -- hard to believe they'll feed at least 40 families per year from this spot.

The Heirloom Tomato Tasting Table welcomed everybody in the front yard and the Local Food Tent was set up in the back yard. Tomato Art was displayed for a Silent Auction in the barn at the back of the property while the Community Mural was being painted on the side of said barn. 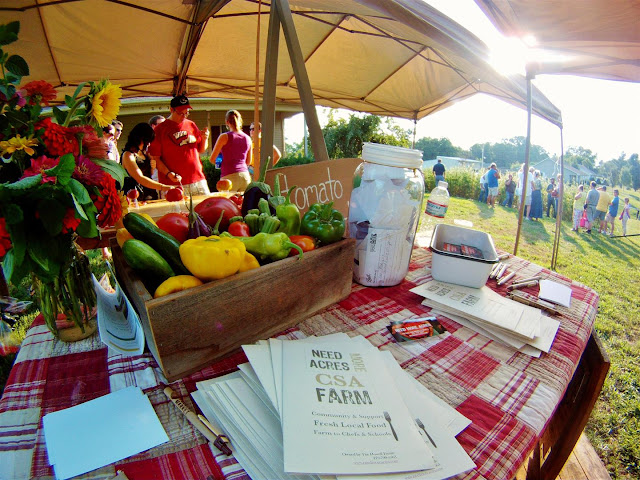 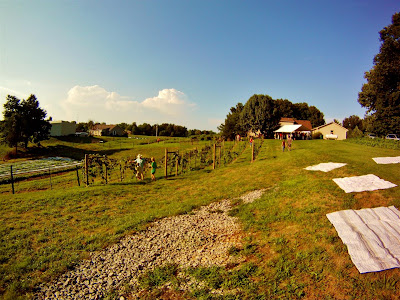 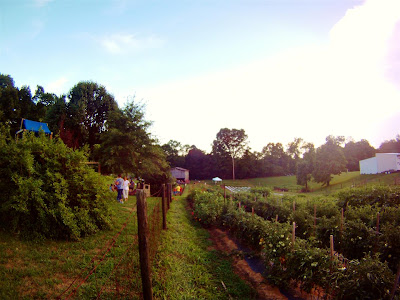 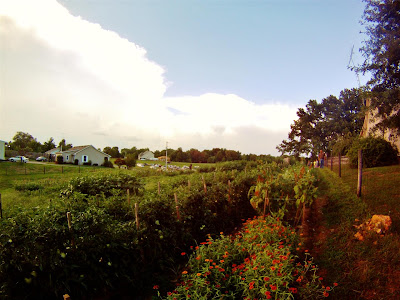 That was fun, and I know to get there earlier next year if I want any free food! This event was done in conjunction with the market's Third Thursdays program where a different farm is visited on the third Thursday of each month. This is the first one I've been to, and I look forward to the next few. 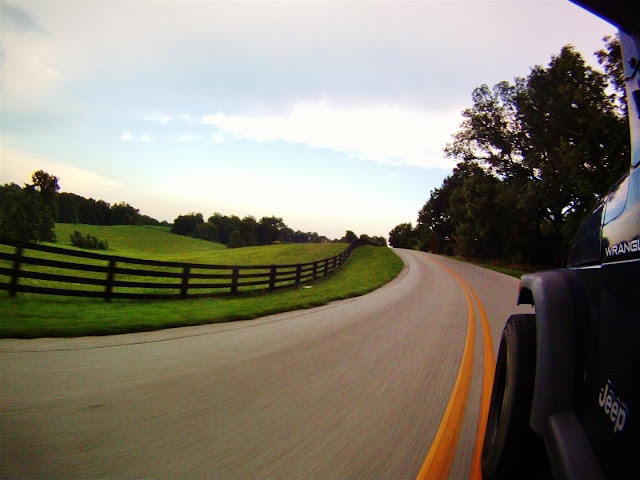 UPDATE:  The storm finally arrived about an hour after I got home, and it was a good one!


UPDATE II (7/24/12):  Supercool time-lapse video of the Community Mural being painted. This really conveys the atmosphere of the event... 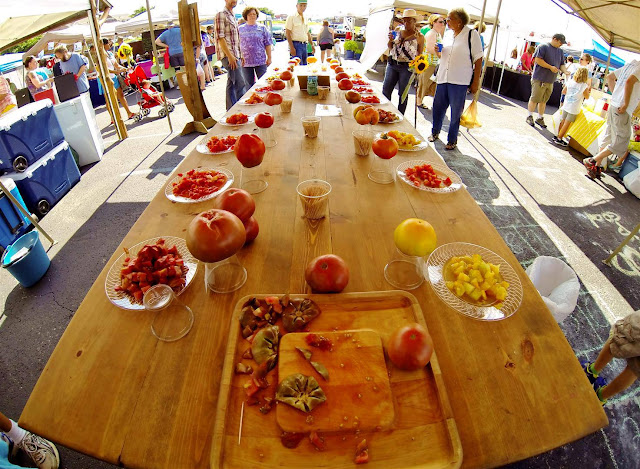 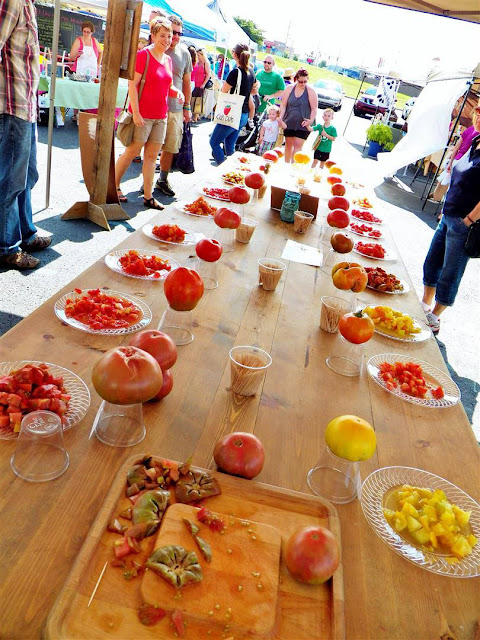 UPDATE IV (4/1/14):  Well, we just finished our first full year of the NMA Full Farm CSA, and of course we documented it. Here's the short summary, and the week-by-week blow-by-blow detail with plenty of pictures and recipes will forever reside on the CSA Chronicles page. I have a feeling they won't be needing more acres for long, and we hope to tag along on their journey. Thanks, Howells!

UPDATE V (7/16/14):  The fourth annual Heirloom TomatoFest was held at The Foundry in downtown BG along with Sonia, the Mobile Market Bus. Good times. 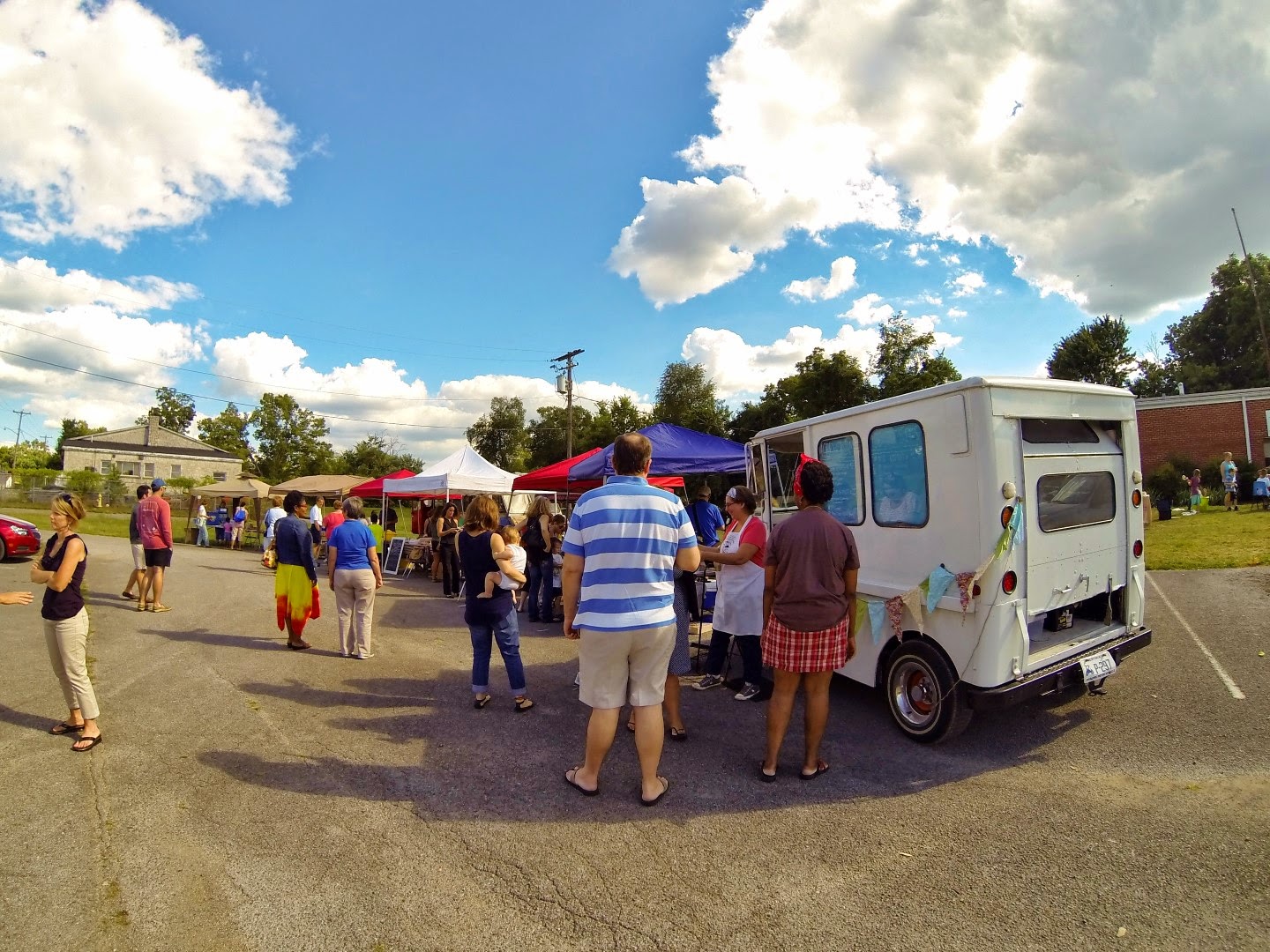 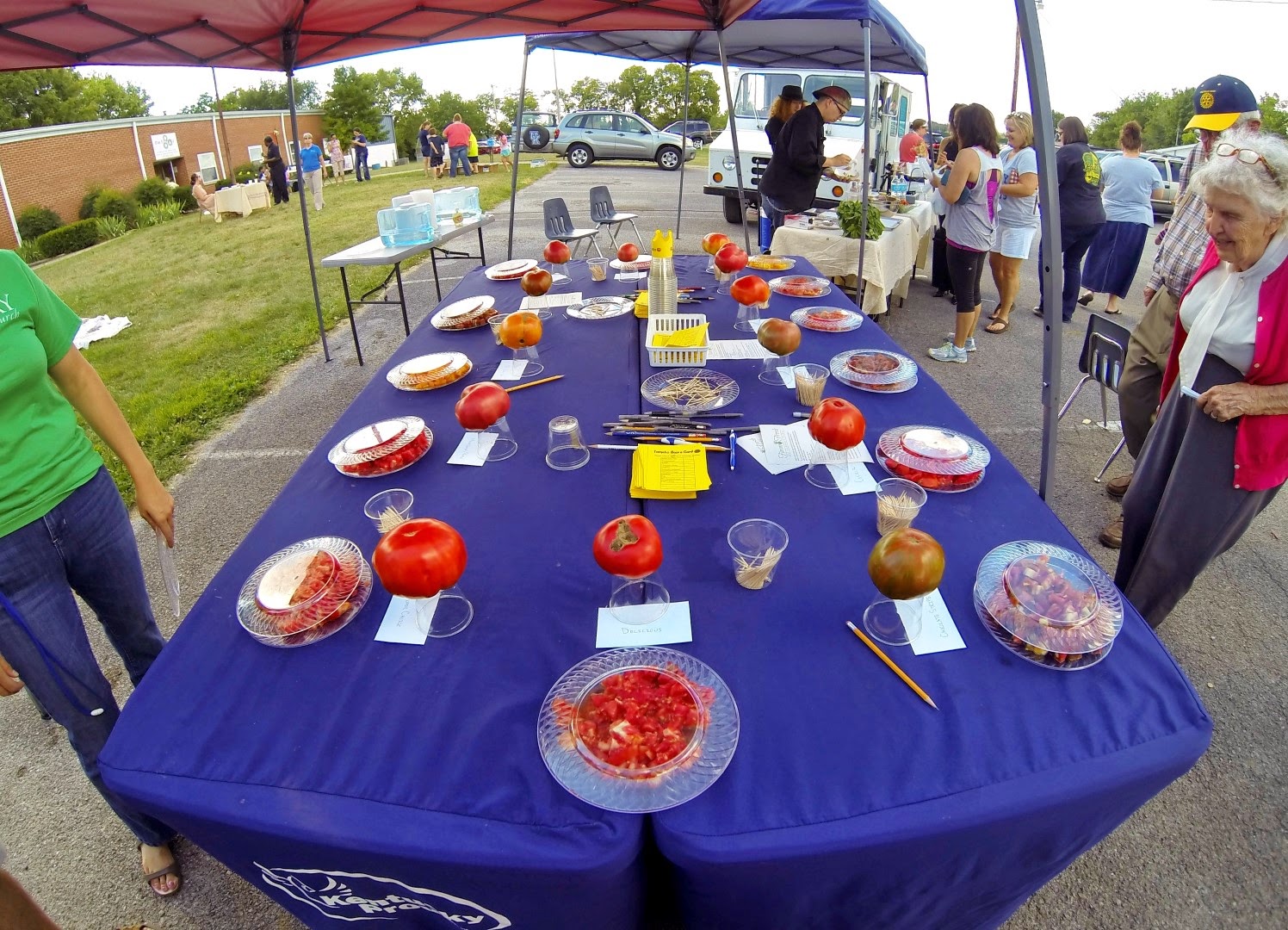 Also, the Howells did indeed find a new farm. Well, it's not new, but it's very cool...