First, I want to be completely clear that this is not my recipe.  I was just following instructions from the best grilling/BBQ website in the world -- Amazing Ribs.  Below you will find my pics, but no details.  You can find the complete recipe and a ton of useful information about selecting, preparing, cooking (not just grilling or smoking), and carving turkey here:  Meathead's Ultimate Smoked Turkey.

It does seem weird to smoke a turkey just a few days after Thanksgiving while everyone is still eating leftovers.  I wanted to do it for a couple reasons:

That's why not.  So much for the pizza oven plan.  It didn't take long to realize that the turkey was not going to fit through the oven door while on the rack.  I'm sure we could slide the pan in first and then get the turkey through the door and in place on the rack, and I'm equally sure I'd drop the bird at least once on the way in or the way out.

Plan B:  I hate to fire the WSM up for just a couple hours and just one turkey, so I used the Weber Kettle. 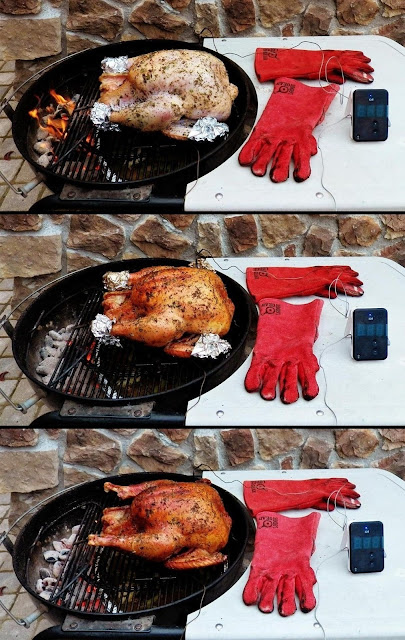 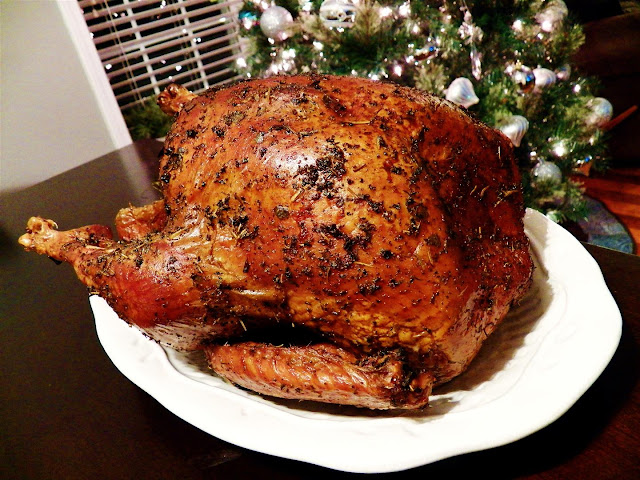 UPDATE:  Some ideas for the leftovers...


UPDATE (11/28/13):  We did the 2013 turkey the same way, of course. This time we used some apple wood and some chunks of a bourbon barrel that was later used to age red wine at a winery down the road. It resulted in a really nice red color that was a bit of a surprise...