To say Roy's is pretty well known in these parts would be an understatement. I don't know if there are any other BBQ joints in Russellville, but I know plenty of people drive there and back just for Roy's. I've been eating their BBQ on a semi-regular basis over the past few years because my wife occasionally works in Logan County, and Roy's is our dinner on those days. It seems odd that I've never actually been to Roy's and I reckon it's time to rectify that situation... 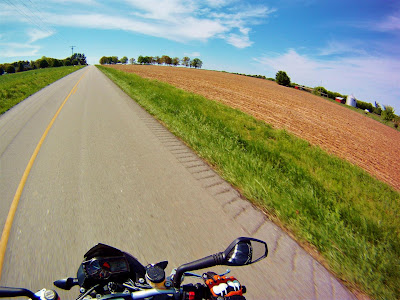 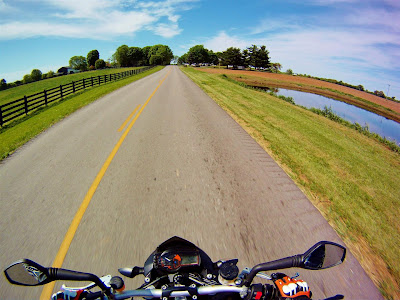 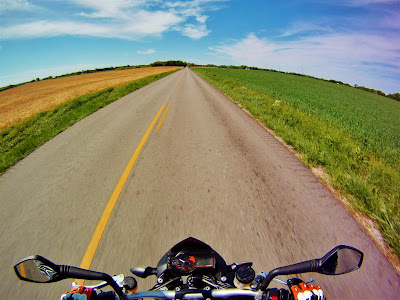 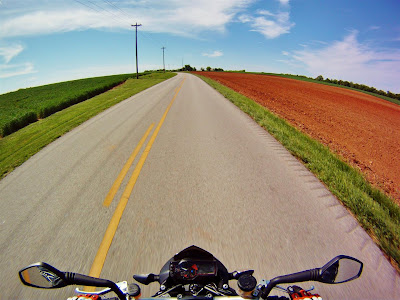 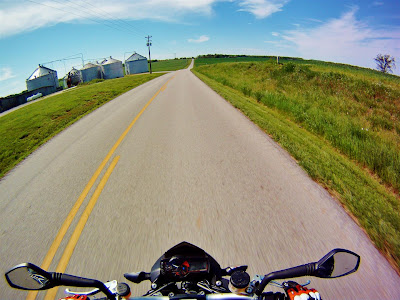 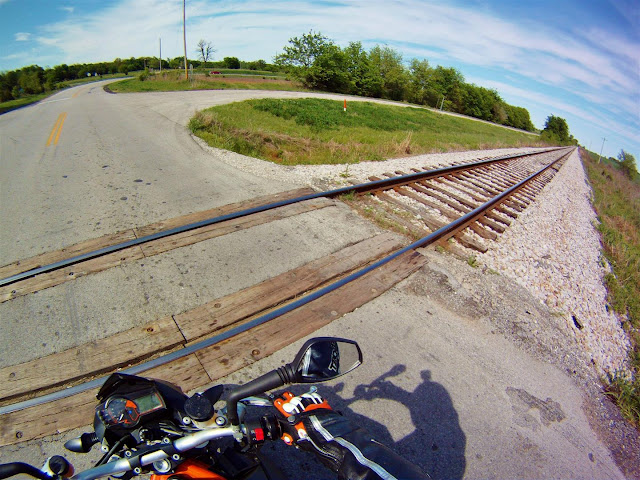 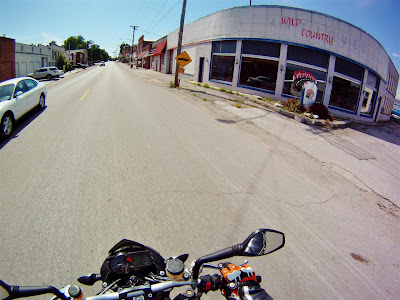 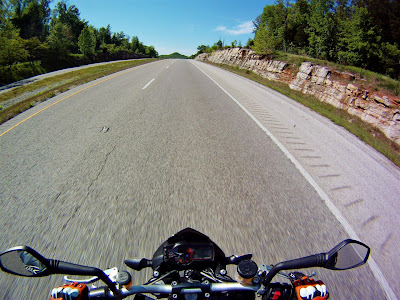 So, it turns out that there are two Roy's locations in Russellville. This is the smaller carry-out spot where all my dinners have come from, and the restaurant is three miles away on the other side of town. My understanding is that Roy's originally operated out of some sort of camper or trailer before moving into this building, and they now also have the restaurant with a bigger menu that features more than just barbecue. I do look forward to visiting sometime because that's where the meat is smoked and I'd like to see what else they have to offer. But if you're just looking for some Bar-B-Q to grab on the way home, this is probably your spot. It certainly works for us! 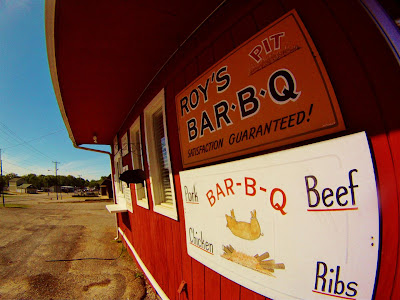 VERDICT:  I guess I can't say much about Roy's in general because I haven't visited the real restaurant and I've never had anything besides their Pulled Bork and Baked Beans. You can also get Beef, Ribs, Chicken, and various sides/salads/desserts at this spot, but I stuck with what I know. The Pulled Pork is great and unique. And unique. Compared to my favorites like Split Tree or Wildfire, the hickory smoke flavor is less potent, and the meat is somehow sweeter and saltier. For awhile I believed the rumor that they mix Lamb or Mutton with the Pork, but that is not true. The fact that such rumors exist illustrates just how different their product is from other places in the area. The tomato based sauce is sweet and tangy, and a somewhat thinner and spicier hot sauce is available. Like the meat, there's just something a little different going on with the sauces -- I can't put my finger on it, but I love it. Good stuff, for sure.

The neat thing about barbecue is that it varies so much from region to region. Of course the differences are profound on a large scale -- Carolina BBQ has absolutely nothing in common with Texas BBQ, for example. But even on a smaller scale the contrasts are evident. I think most of the Bowling Green & Franklin places are pretty similar -- everybody offers pulled pork and most feature their own version of a tomato based sauce that is sweeter than it is spicy. Owensboro is just an hour away, but it's in a completely different BBQ world with their mutton, burgoo, and black dip. If you travel a few miles in the other direction, Monroe County has it's own thing going with the sliced shoulder and hot peppery vinegar dip. 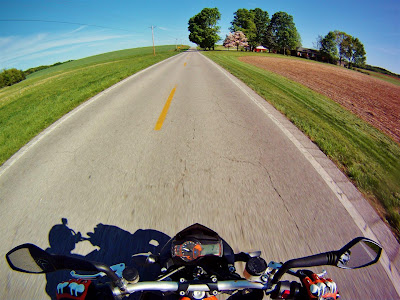 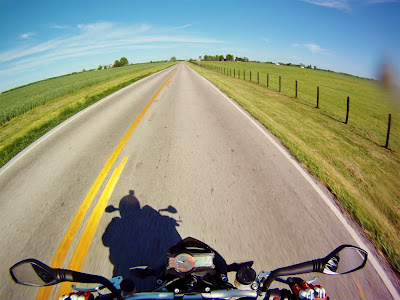 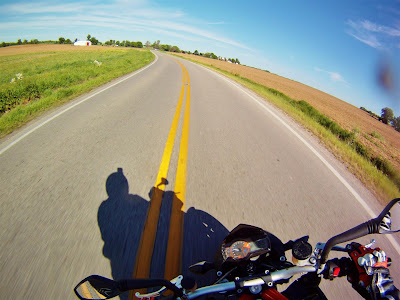 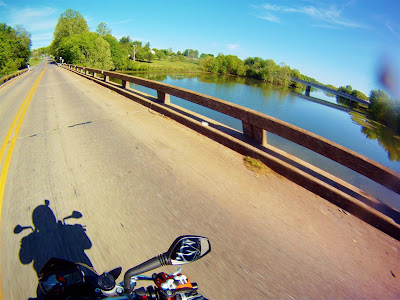 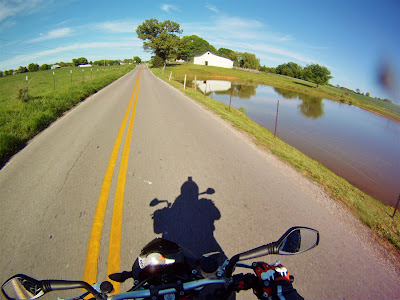 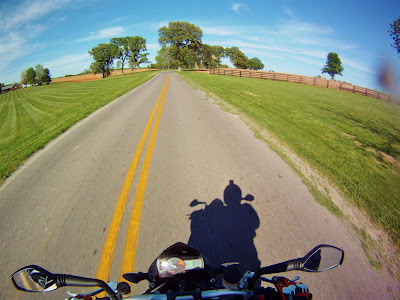 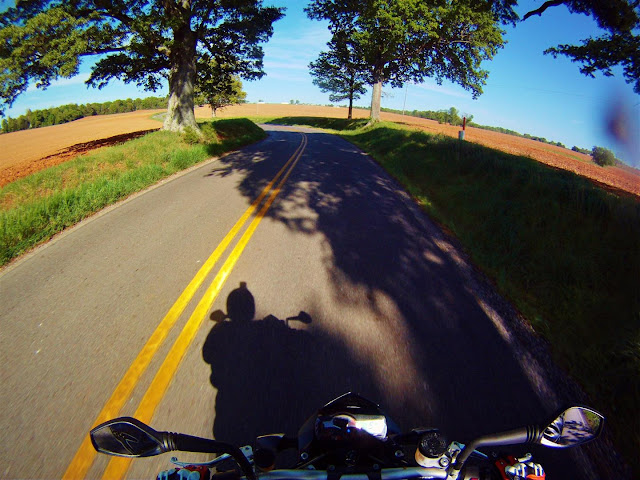 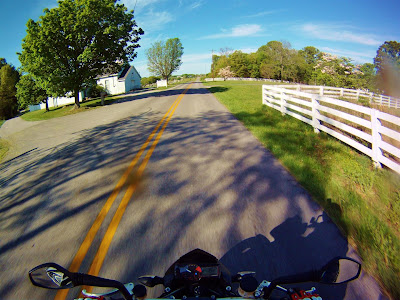 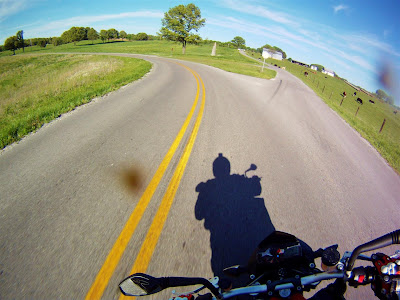 SUPERCOOL SURPRISE BONUS TIME:  The Drake Country Store is open again!!! This makes me very very happy. I had no idea, so when I saw people rockin' the rocking chairs on the porch I had to double back and investigate. Sweet! Stay tuned for more details in the next ride report. For now, I'll just share these supercool surprise bonus photos...


Best Easter picture ever? Maybe! I think they could tell I was happy to be there, probably because I was smiling and asking a million questions while tap dancing in my riding boots. Apparently they had an Easter Egg Hunt earlier in the day and they were kinde enough to share that picture with me. Awesome. I hope they framed it!

And I don't know who is in the Easter Bunny costume, but whoever it is probably did a better job than Jay Thomas. I kid, Jay, I kid! 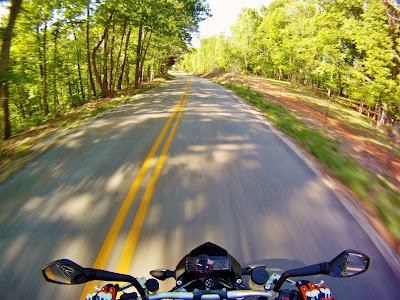