I tried to grab some dinner at Big Moose's last week, but they were closed (they are open for dinner on some nights, but definitely not Tuesdays). So, I took a long lunch break today and went back to meet a friend when I knew they would be open. We don't get many 70-degree days in November, so it would have been a crime to waste this one. 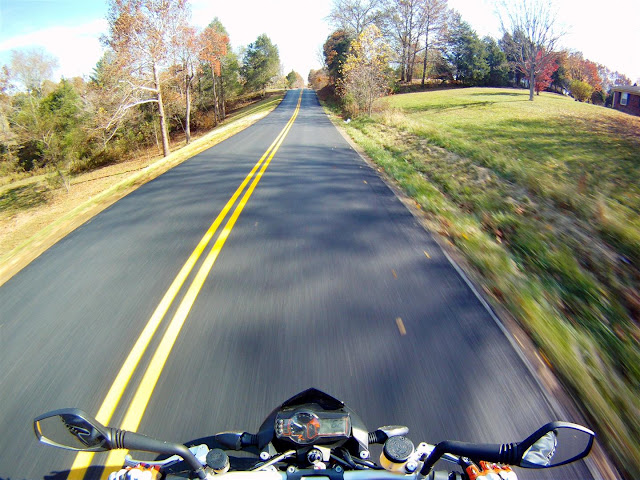 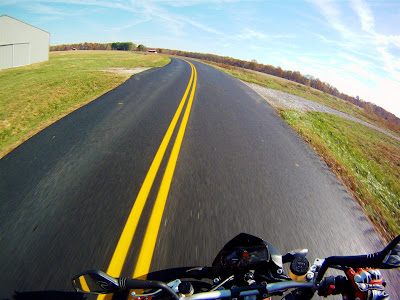 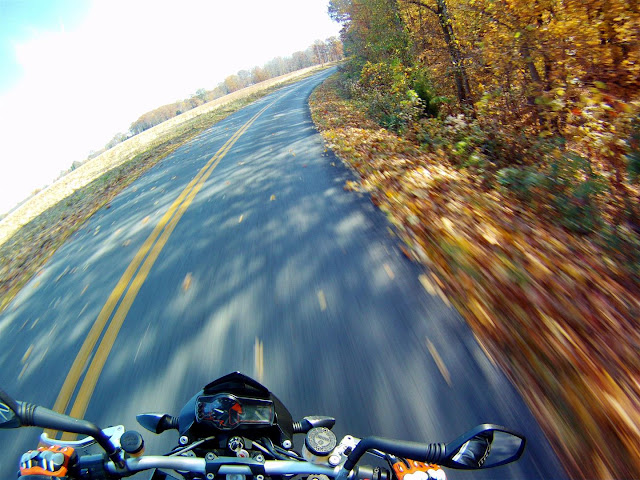 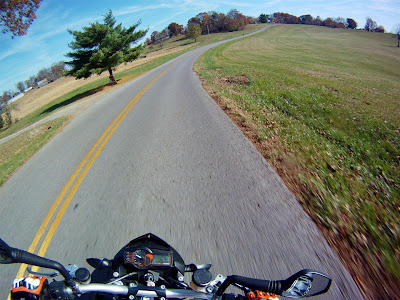 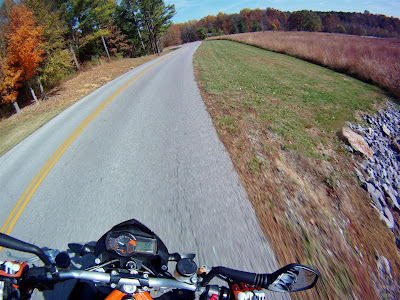 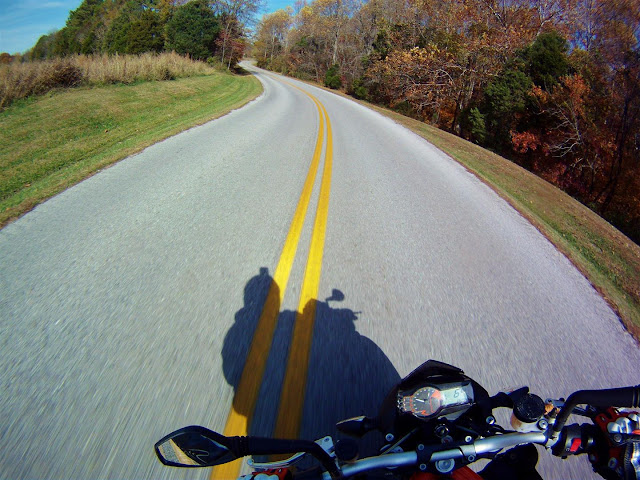 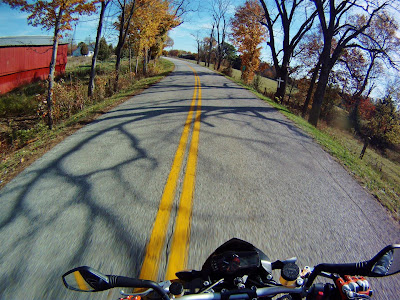 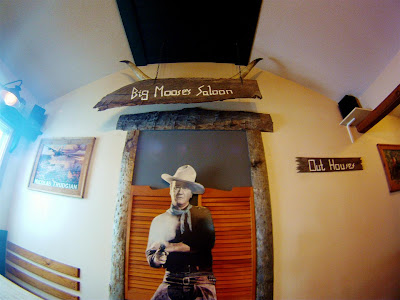 VERDICT:  I love any place that serves Hush Puppies and I love a free lunch, so I really enjoyed this one. Where it's available, I try the Sliced Pork Shoulder when visiting a new BBQ place because it's a great way to sample the BBQ and the Sauce. Big Moose's BBQ Sauce is a tangy vinegar deal with just enough zing to make it fun, and it went great with the Pork. [EDIT: See the update at the bottom for more about their various sauces.]

At most BBQ restaurants, the side items are almost an afterthought. Customers usually come for the smoked meat, so that's where the focus is. Big Moose's might be the rare exception where the sides are every bit as good as the BBQ. The Sweet Potatoes were the best thing I ate all day -- I didn't notice if they serve dessert here, but with this on the menu they don't need to. The Vinegar Slaw was as good as anywhere, and I didn't try the Indian Stew but it looks awesome.

Overall, I think their sign says it best: Just Old Fashioned Comfort Food. I look forward to going back to try some different meats and get more of those Sweet Potatoes, of course. And I owe Kenny a lunch, so I have plenty of reasons to head back to Glasgow the next time it's this nice out. I hope that doesn't mean Spring... 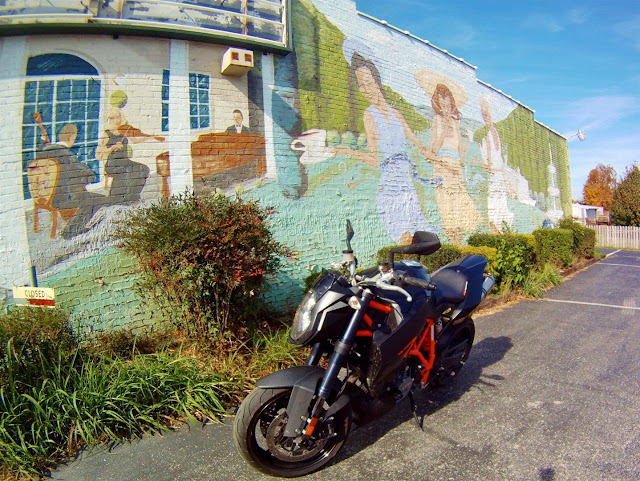 The ride home was fun, mostly because I finally found my favorite route to Glasgow (or back). 255 is a delightfully twisty piece of road through some nice farmland, especially the portion between 1297 & 252. I also passed through a few areas where the Fall colors were still pretty cool... 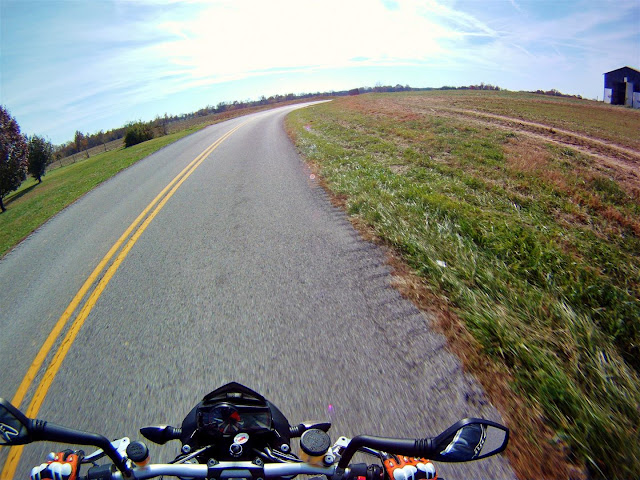 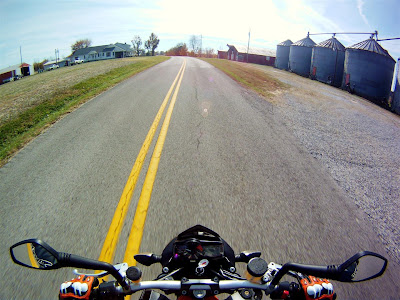 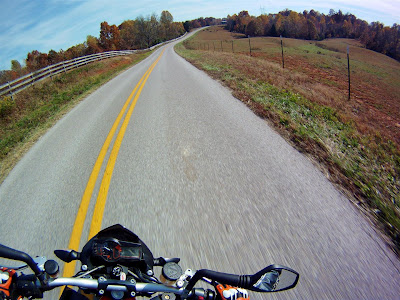 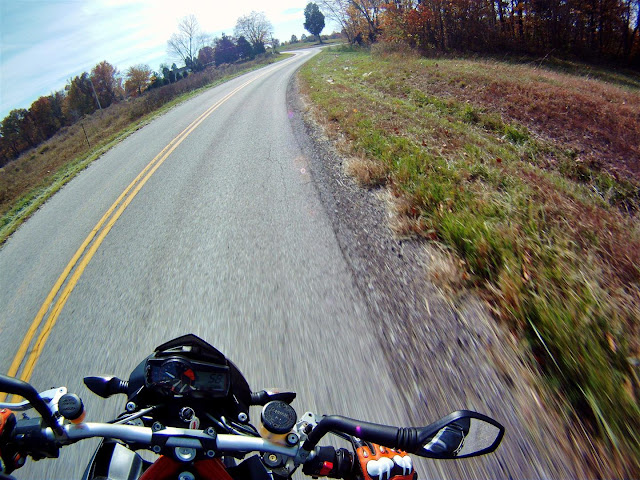 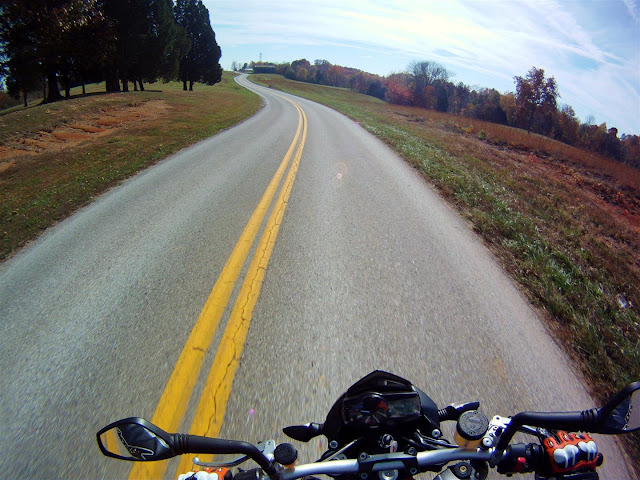 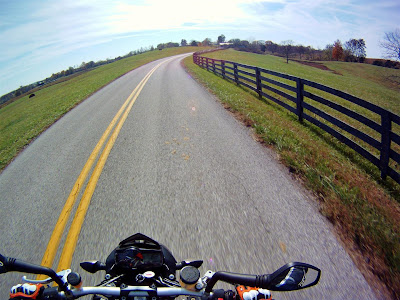 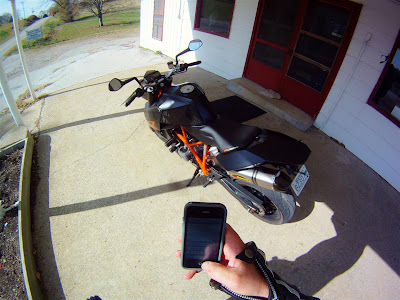 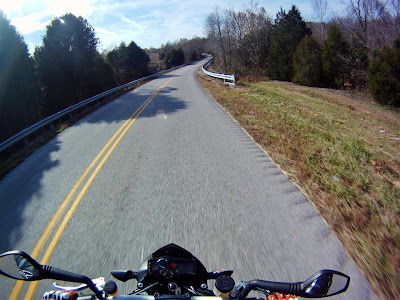 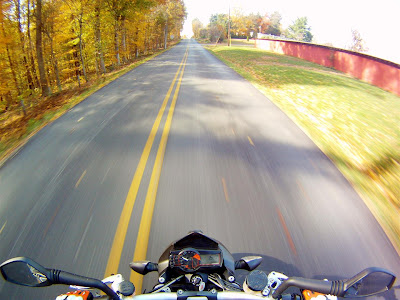 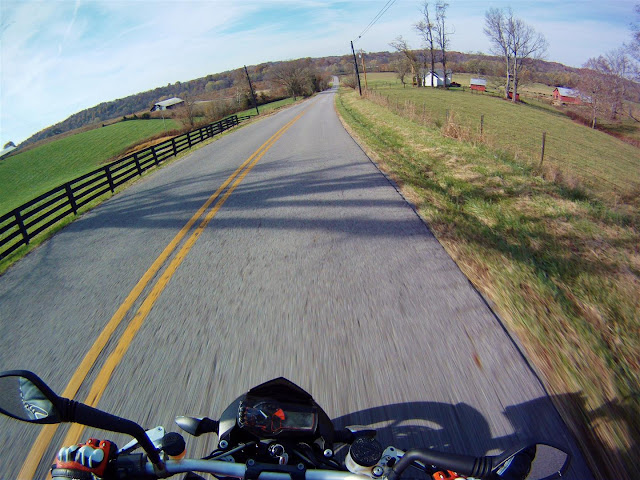 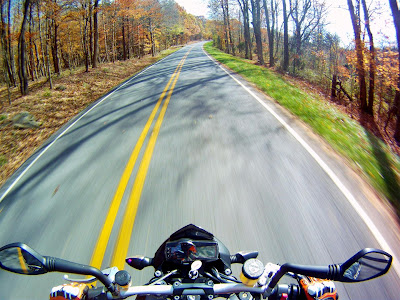 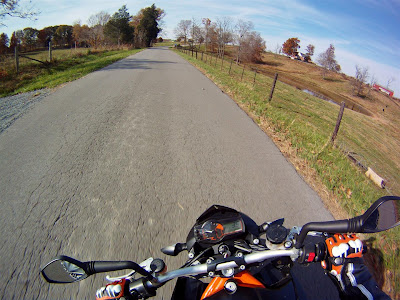 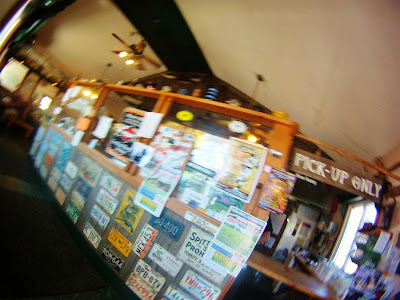 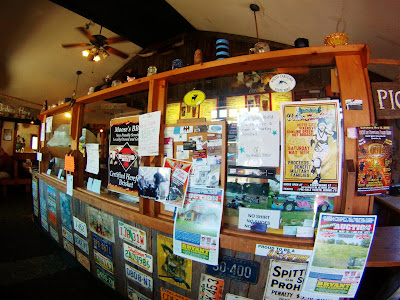 I have to say, for such a big order it sure was ready fast! While I was looking for a booth I noticed the lady from the counter was already following me around with my food. All of it.

The Grilled Chicken Sandwich is HUGE, and the chicken is well cooked. Back home, it was a sandwich for two. The sides were all good, specifically the Sweet Potato Crunch and the Indian Stew, which is like a vegetable soup made with chunks of meat instead of veggies. So, yeah, I dig it. I'm not sure if this was a different Sweet Potato recipe than when I first visited, but I think they were even sweeter than I remembered -- it could definitely be considered dessert.

About the BBQ... the Shredded Pork is already slathered in sauce, so you can't really taste the meat and I'm not sure if the pork is smoked or not. Perhaps they serve it with sauce on side if you ask? The Baby Back Ribs were also covered in sauce, but I don't think they were actually Baby Backs and I don't think they were smoked. [EDIT: On a future visit, I learned the ribs do spend a few minutes in the smoke before going to the pan.] On the bright side, if you like your ribs to be fall-off-the-bone tender, they are fall-off-the-bone tender. As far as BBQ goes, the Sliced Pork Shoulder is still the best thing I've had here (I haven't tried the Brisket).


I'm glad I asked about different sauces this time, because having all these choices makes Big Moose's a lot more interesting. The Mild Sauce is what you'll find on each table and packaged with your to-go orders, unless you ask for something else...


I still think their sign says it best: Just Old Fashioned Comfort Food. This is a fun place to sit down for a meal and enjoy some good country cooking, and everybody in the family can find something they'll like. Although you might wait in line to place your order, you'll never wait long for your food.

UPDATE II (5/18/12):  Back for Brisket and Hashbrown Casserole, and I gotta say both are really good. So if you're coming here for BBQ, my final recommendation is the Sliced Pork Shoulder and the Brisket -- both are great, especially for trying the various sauces.


I also learned that if you are coming for lunch on a Friday, you should be prepared to park out back and maybe even wait for a seat (I got the last booth). But the food was still up just as fast as always...